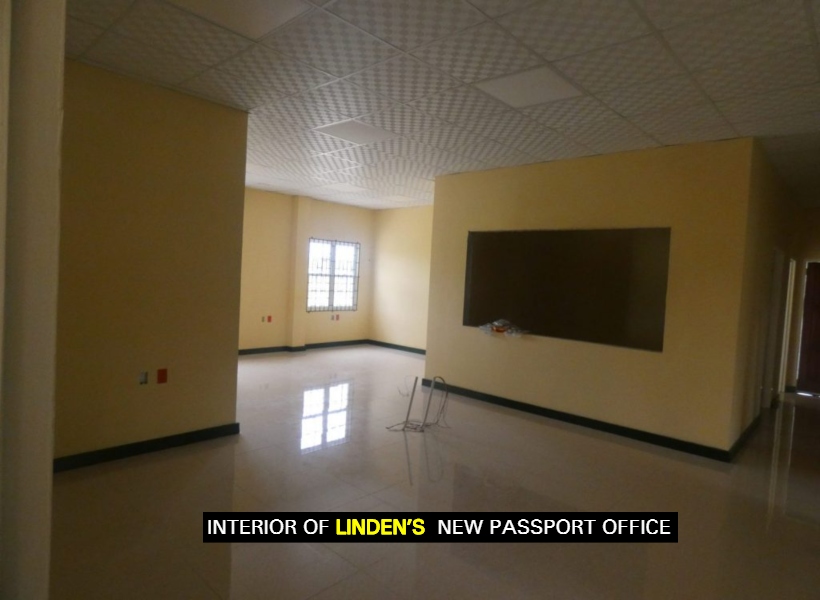 In a matter of weeks, residents of Region 10, Upper Demerara-Upper Berbice, will be able to access some fundamental services in a spanking new modern passport office that has been completed.

The one-storey, 2,000 square foot building was built at a cost of $30,604,472 and is located at Retrieve, Linden. The passport office was temporarily housed at the Linden branch of the National Insurance Scheme in Mackenzie since 2016, when the government decided to decentralize the very pertinent services, thus allowing Region 10 residents to avoid the hassle of traveling to the capital city to access these services.

Since 2016, Lindeners benefited from services such as the renewal of passports, or the replacement of lost, damaged passports. Persons made their applications on Tuesdays and Wednesdays and uplift the following Thursday. They will also soon be able to apply for first-time passports as this service is expected to be rolled out, once the new office becomes operable. It is also expected that the processing of other documents, such as birth and death certificates will also be conducted at the new facility.