Home News Crime “My penis is dead,” says pensioner sentenced to life in prison for... 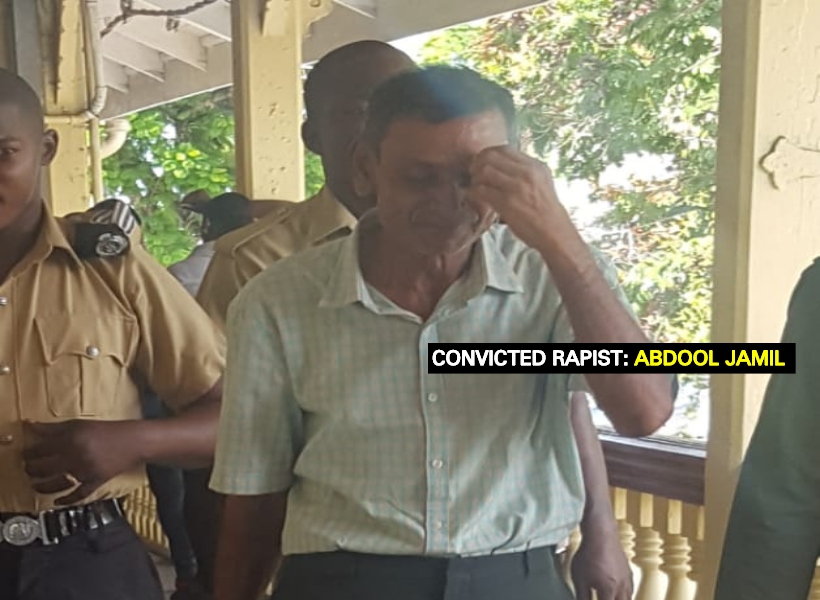 Almost a month after he was convicted by a jury for raping a 10-year-old girl, a pensioner, this afternoon, told the court that there is no way he could have committed the act.

The rapist, Abdool Jamil, 67, of the West Coast of Demerara told Justice Priya Sewnarine-Beharry that his penis does not function the way it should as he does not get erections. “My penis is dead,” Jamil told the court while shaking his head.

He was at the time handcuffed in the prisoner’s dock.

Jamil was found guilty a month ago but appeared in court today for sentencing.

On May 30, 2014 and June 2, 2014 respectively, Jamil engaged in sexual penetration with a child under the age of 16. On the first count, the jury returned a unanimous guilty verdict.

As it relates to the second count, the verdict was guilty in the proportion 10-2.

Pointing out that Jamil expressed no remorse for his actions and the serious nature and prevalence of the offence, Justice Beharry imposed the life sentence for each count.

The sentences are to run concurrently and he does not become eligible for parole until after serving 45 years behind bars on each count.

According to information, on May 30, 2014, the young girl was left home alone. She then went to the residence of a relative. It was there that Jamil came and took the little girl to his home on the West Coast of Demerara.

During the night, while the young girl was sleeping he sneaked into the room and had sexual intercourse with her.

He had sex with the minor again on June 2, 2014, after which the child ran away and told a relative of what had transpired.

The young girl who is now 14, through a victim impact statement, expressed that she feels really bad and upset about what happened to her.

The statement, which was read aloud by Counsellor and Court Support Officer Celeste Mullin, detailed how the teen gets constant flashbacks of the incident.

The young girl stated that she trusted Jamil because he was a very nice person to her. Nevertheless, she said she wants to see him in jail.

Prosecutors Lisa Cave and Orinthia Schmidt appeared for the State, while Attorney-at-Law Clyde Forde represented Jamil. This case was heard at the High Court in Georgetown.