Home News New Prison to be built in Georgetown 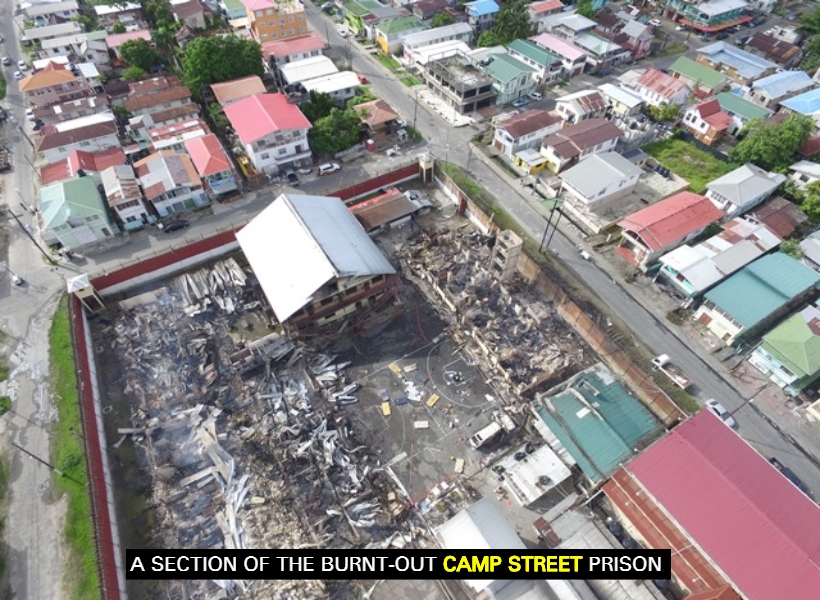 Following two fires at the Camp Street jail, with the last resulting in the escape of several prisoners, many have called for the prison be removed entirely from the capital City of Georgetown. However, it seems like this call is being ignored by the government.

The 2018 Mid-Year Report has indicated the government’s intention to build a new prison in Georgetown.

Page 56 of the report states: “The Government is proceeding to finalise the design for the new prison, at Georgetown,”The report states too, that the tender process is anticipated to be undertaken and completed before the end of the year.

Though the report does not state the specific location in the City, reference can be made to comments of the Public Security Minister Khemraj Ramjattan, last year.

Ramjattan had noted that the Camp Street location – notwithstanding the 2017 fire – still holds the best base/foundation in order to rebuild a prison.

The Minister said that the Camp Street Prison will have to be rehabilitated in an urgent manner and funds will be required to bring the facility to a level where prisoners can again be safely housed. He told media operatives “its $6 billion minimum to construct a new prison and that will take about three years.”