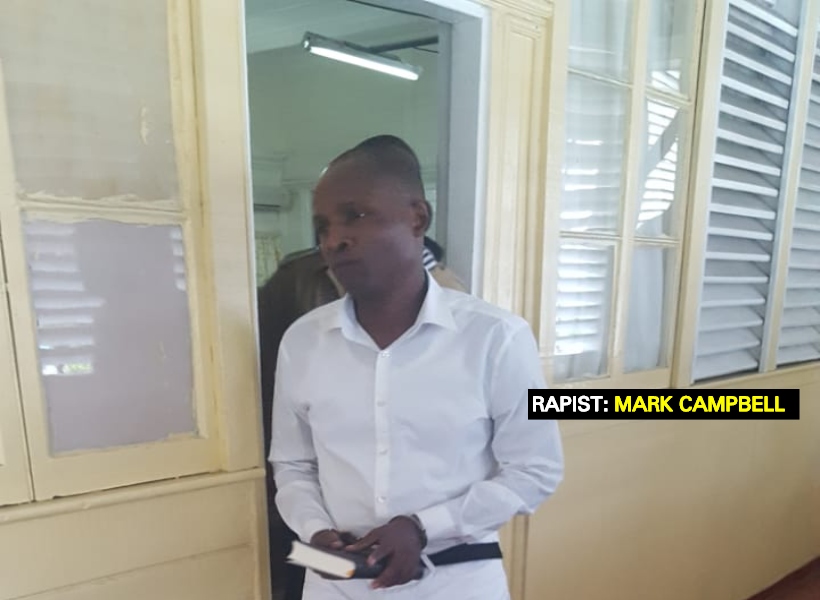 The sentencing was imposed on Mark Campbell who admitted that on April 16, 2013, he inserted his penis in the anus of a 5-year-old boy.

Campbell pleaded guilty to the offence this morning during his appearance at the High Court in Georgetown.

In arriving at a sentence for the rapist, Justice Beharry took into consideration the serious nature and prevalence of the offence.

According to the judge, Campbell abused a position of trust since the lad was left in his care on numerous occasions.

The judge also pointed to the physical, psychological and emotional trauma the act must have had on the little boy.

Campbell, who is serving jail time for a similar offence, does not become eligible for parole until after serving 30 years.

The case for State was presented by Prosecutor Lisa Cave, Attorney-at-Law Clyde Forde appeared for Campbell.