Home News Finance US$5,000 oil money pay-out to citizens has merit; must be examined –... 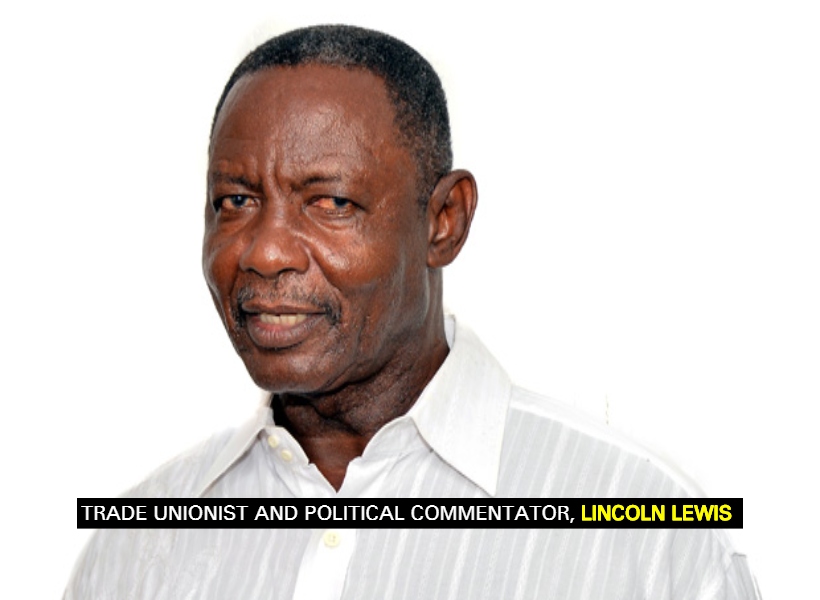 The suggestion that poor Guyanese households should benefit from a US$5,000 pay-out from the oil proceeds, has merit and should be examined, says Trade Unionist and Political commentator, Lincoln Lewis.

Lewis in his weekly column, “Eye on Guyana” noted that the proposal by Professor Clive Thomas suggesting the pay-out money from oil should go directly to households or citizens, will not be realised by a Sovereign Wealth Fund.

This Sovereign Wealth Fund has now been dubbed the National Resources Fund (NRF).

He opined that “those who control it are the only ones” to directly benefit from it.

“Looking at the Consolidated Fund, which is the people’s money, it is controlled by a specific group who decides on and presides over benefit/disbursement, and in many instances, it matters not what the people desire or need. Management of the SWF is likely to see similar treatment.”

Zeroing on the Green Paper on Natural Resources placed in the National Assembly, last week, Lewis said that the document seeks to give control of the fund to politicians.

The Trade Unionist believes that the Bill before the House is not about protecting oil and oil wealth and getting it to the people; but rather,  about a few having control and determining who must get what, when, where and how.

Lewis said that our politicians are “failing to take seriously,” the spirit and intent of the Constitution, they have sworn to uphold, as it relates to the governance of this country.

“Though the political system (Article 13) mandates inclusion in the management and decision-making processes of the State on matters impacting stakeholders’ well-being, the coalition sees it fitting to present a Bill that ascribes to the Minister of Finance and Leader of the Opposition, responsibility to make appointments for the management of our national resources.

To seek to abuse privileged positions to make laws where other stakeholders are excluded, ignores when such privilege is no longer held, you can be at the receiving end of the very abuse you inflicted on society,” He opined.

The only way for citizens to have direct benefit is through some disbursement plan, Lewis said.

The trade unionist said that what Thomas is speaking of is not new; noting that the concept of disbursements finds international appeal, including from USA billionaire George Soros, as a mechanism to ensure oil wealth is widely disbursed among the people, reducing income/wealth disparity, corruption and internal strife.

He said, “Residents of Alaska, USA, receive a yearly dividend from that state’s oil wealth. Studying how this and similar projects work could aid in developing an indigenous model built on best practices.”

Contrasting the model in neighbouring Venezuela, Lewis penned that despite the country recently marked a century as an oil-producing country – which has been accompanied by a plethora of laws to ensure its management of oil funds – the wealth has not filtered to the masses.

Lewis in conclusion, said that Guyana can learn numerous lessons and put systems in place to safeguard its sovereignty, protect its citizens, and ensure its resources are sustainably exploited for the benefit of all.

“Don’t shoot down Thomas’ idea without examining the motive behind his thinking, requesting clarity if the need arises, learning from others’ experiences, and seeking to avoid oil’s curse and pitfalls,” Lewis advised.

The suggestion that there should be pay-outs, has generated enormous debate within the last two weeks.

The Working Peoples’ Alliance (WPA), has supportted Thomas’ idea and has promised to get the government to walk this path.

The President claims to have not received a formal proposal by actors supporting this notion.

The Opposition Leader, Bharrat Jagdeo has also made known his party’s position. While he believes that people should benefit from the oil proceeds, he suggests that conditions be applied.