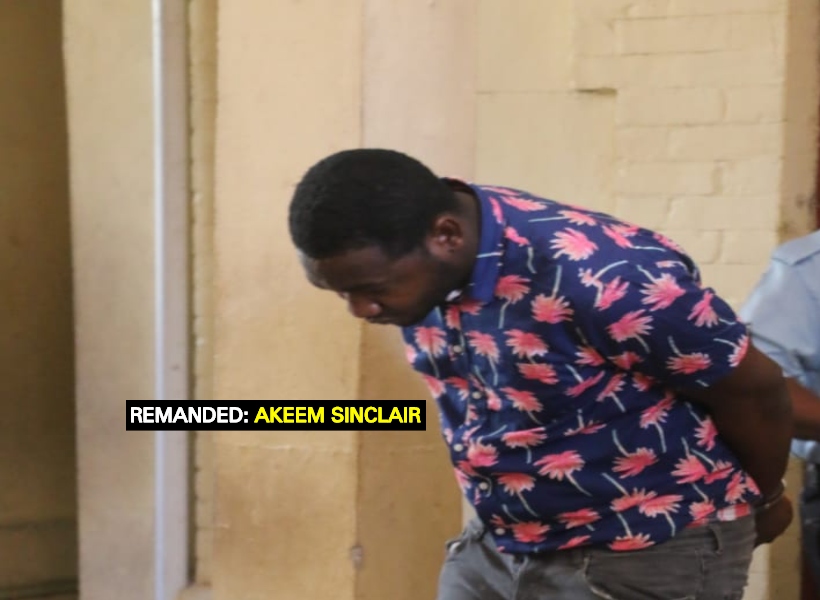 A 23-year-old porter of Lodge Housing Scheme, Georgetown was this afternoon remanded to prison on a charge of robbery under-arms.

Akeem Sinclair appeared before Chief Magistrate Ann McLennan in the Georgetown Magistrates’ Courts’ where he pleaded not guilty to the charge.

It is alleged that on July 29, 2018 at Longden Street, Georgetown, while being in the company of others and armed with a gun, Sinclair robbed Rickford Richardson of $120,000 in cash.

According to facts presented by Police Prosecutor Gordon Mansfield, on the day in question, Richardson was plying his trade as a money changer when he was confronted by Sinclair and another man.

Both Sinclair and his accomplice arrived on motorcycles. Sinclair, who, according to the prosecutor, was the pillion rider, dismounted the motorcycle and pointed a gun at Richardson demanding him to hand over the cash mentioned in the charged.

The court was told that Richardson complied but was still shot in the thigh by Sinclair who later hopped onto the motorcycle and made good his escape with his accomplice.

In the meantime, Richardson remains a patient at the Georgetown Public Hospital Corporation.

Prosecutor Mansfield also highlighted the fact that a firearm was used during the commissioning of the crime.

Sinclair begged for bail, but his cries went unheard as the Chief Magistrate remanded him to prison until August 31, 2018.