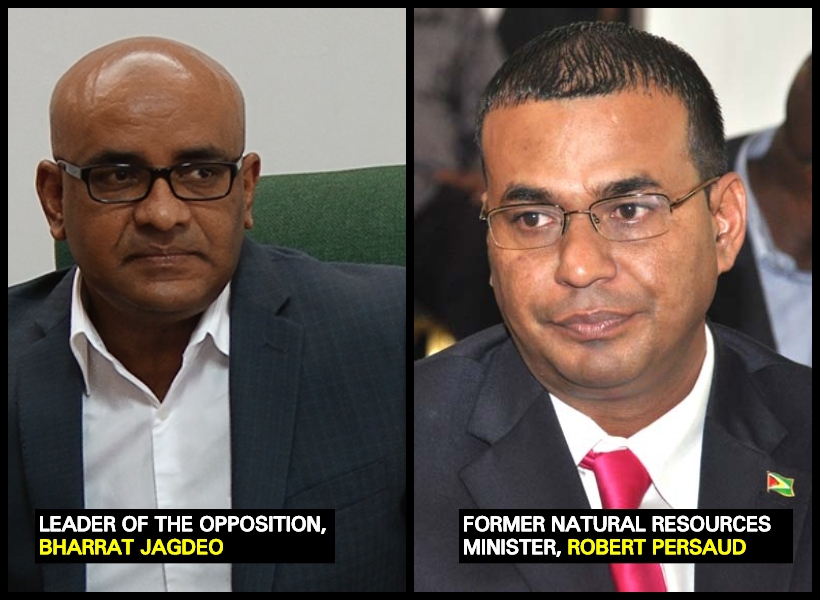 Leader of the Opposition, Bharrat Jagdeo, has made it clear that his former cabinet colleague and past Natural Resources Minister Robert Persaud, does not speak on behalf of the People’s Progressive Party/Civic (PPP/C).

Jagdeo made this assertion after he was asked by the Guyana Standard to clarify whether views expressed by Persaud, were on behalf of the opposition, or his own.

Persaud recently commented on the tabling of a Green Paper by government, which outlines proposed procedures with regards to the managing of the nation’s Natural Resources Fund (NRF).

Persaud shared an opposing view to that being expressed by Jagdeo and other PPP members.

The PPP, through Jagdeo, has opined that the Green Paper represents three steps backwards.

The Green Paper, he noted, consists of topics to be discussed – which have already been ventilated and scrutinised within the last three years.

Jagdeo said that given the duration of time already elapsed since the discovery of oil back in 2015, government should have been further along in setting up the requisite mechanisms, not presenting a paper that seeks to start the discussion on the importance of setting up same.

Persaud on the other hand, commended the government for tabling a discussion paper. He said that the document will aid the administration to formally garner the input from other stakeholders. Persaud’ concern was just the exclusion of measures to promote local content.

Jagdeo, at this Church Street Office, told the Guyana Standard: “Robert Persaud doesn’t speak for the People’s Progressive Party, I speak for the PPP. And Facebook posts even, of some of our leaders even – are not the position necessarily of the PPP.”