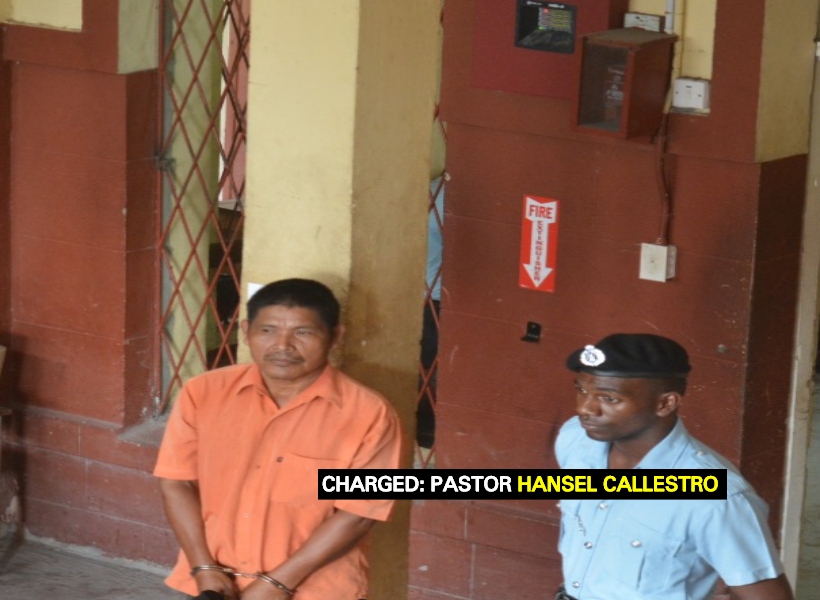 “ My wife is unfaithful. I found her in the hands of a counsellor and I’m very embarrassed. We have been married for the last 26 years and I have never hit her,” those were the words of a Pastor who was this afternoon charged with assault and threatening behaviour committed on his wife.

The first charge stated that on August 13, 2018 at Bus Park, Port Kaituma, he unlawfully assaulted Della Callestro, his wife.

It was further alleged that on the same day and at the same location, he made use of threatening language towards Della Callestro.

The pastor denied both allegations after they were read to him by the Magistrate.

The pastor, who was unrepresented, stated that on the day in question he went home and was informed by his children that his wife had left the house.

The man added that he made inquiries around the neighbourhood and he was told that his wife was at the counsellor’s home.

A teary Callestro said on his arrival at the counsellor’s home, he saw a padlock on the door to the premises.

He added that when he peered through a window he saw his wife wrapped up in the counsellor’s arms.

The man said he shouted out his wife name and she got up, opened the door and walked past him without saying anything.

However, facts presented by Police Prosecutor Quin Harris differed from that of the defendant.

The court heard that on the day in question, the victim was leaving home around 07:00 hrs to go at a “friend” and the defendant threatened to follow her.

It was later that day the defendant saw the victim leaving a friend’s home and he grabbed on to her head and pushed her to the ground.

The matter was then reported to the Port Kaituma Police Station and the pastor was arrested.

The Prosecutor had no objections to bail being granted to the defendant, hence the Magistrate released him on $30,000 bail.

The father of seven was instructed to make his next court appearance on August 22, 2018,  when he will appear before Chief Magistrate Ann McLennan for assignment.