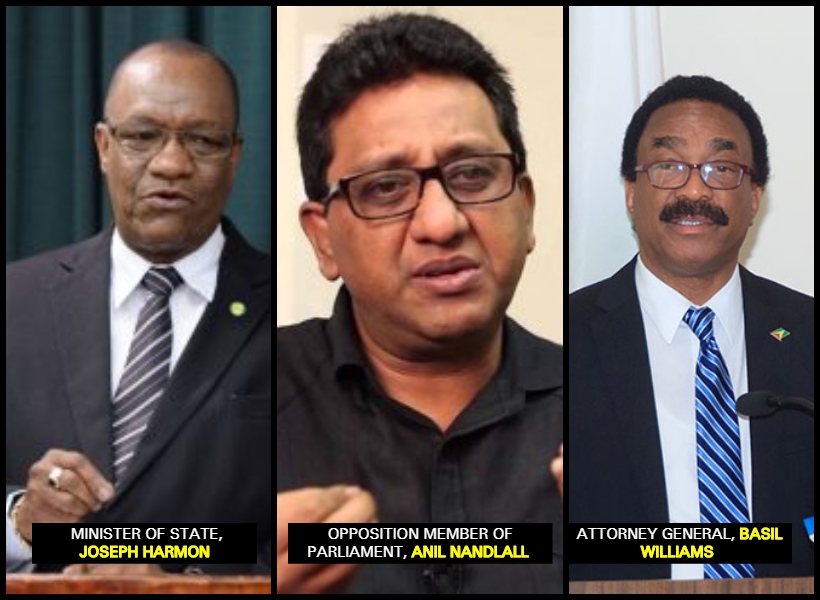 Amidst the upping of pressure by Opposition Member of Parliament, Anil Nandlall to get the Attorney General, Basil Williams to enforce the Judicial Review Act 0f 2010, the government is weighing its options.

At a post-Cabinet  press conference held yesterday, Minister of State, Joseph Harmon said that the matter is currently being addressed by AG Williams and is up for discussiin at the next meeting of the Cabinet.

He reminded that there are various levels of the court process, therefore the government may decide to take the matter to a higher court.

“There are various options that are there but Cabinet will need to be advised by the AG on the course of action to be taken,” the minister noted.

The AG has argued that the decision of the Court raises important questions regarding governance and the separation of powers between the executive arm of the government and the judiciary.

Williams said that consideration ought to be given to the Executive to set a reasonable date for the commencement of the Judicial Review Act given that eight years have passed since the passage of the Act.

This, AG Williams had posited, would also allow the Cabinet the opportunity to engage in wide consultations with Guyanese before the Act is brought into law and ensure that improvements and amendments be made to cure existing lacuna’s [gaps] in the current Act and to bring it in line with established regional and international best practices.

Meanwhile, Nandlall has announced his intention to file Contempt of Court proceedings against the AG; noting that the law provides for such.