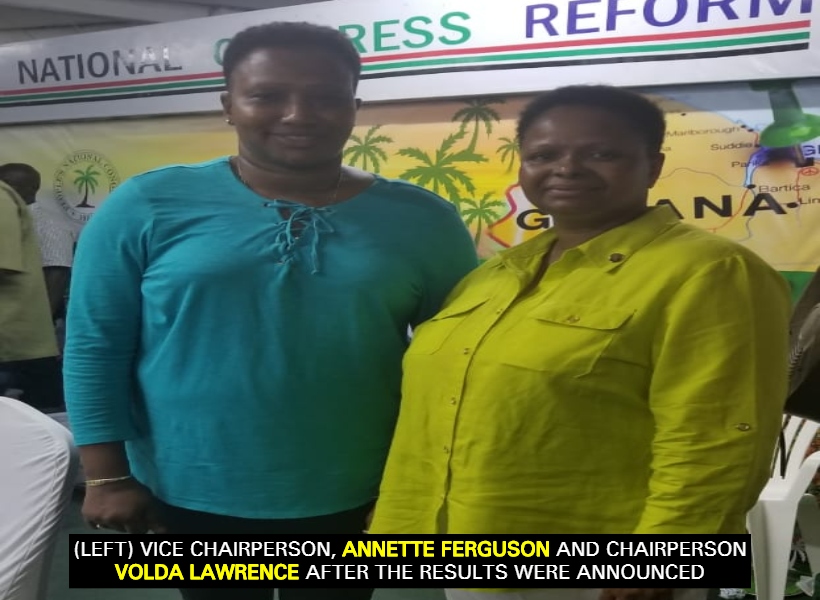 After years of having men lead the way, members of the People’s National Congress Reform (PNCR), elected a woman to be its new Chairperson. That woman is Minister of Public Health, Volda Lawrence.

Griffith noted that there being no challenge to the position of PNC/R Leader, President David Granger will continue to hold the post.

For the post of Chairperson, Griffith said that there were three candidates: Minister of Legal Affairs, Basil Williams, Minister Lawrence and Minister of State, Joseph Harmon. At the end of the count, Griffith revealed that Williams emerged with 183 votes, Harmon got 287 votes and Lawrence earned 346.  Lawrence was duly declared Chairwoman of the party.

Griffith noted that the position of Treasurer only had one nomination, that is, Minister of Communities, Ronald Bulkan. He was therefore installed.

At the end of the count, Ferguson and Norton were deemed the victors. They got   260 votes and 242 votes respectively.

Griffith noted that he and his team will continue today with the counting of the votes for the Central Executive Committee.

During his address, Granger expressed many thanks to Griffith and his team for the “fantastic job” they did.

The Party Leader said that overall, he was pleased with the results. He said that it was a demonstration of the party’s commitment to clean elections, transparency, and democracy.

Williams and Harmon said that they have accepted the defeat and they look forward to working with Lawrence. They deemed the results a victory for the party while noting that women are truly showing their strength and power in the party.

“Women must not be underestimated,” a smiling Williams said.