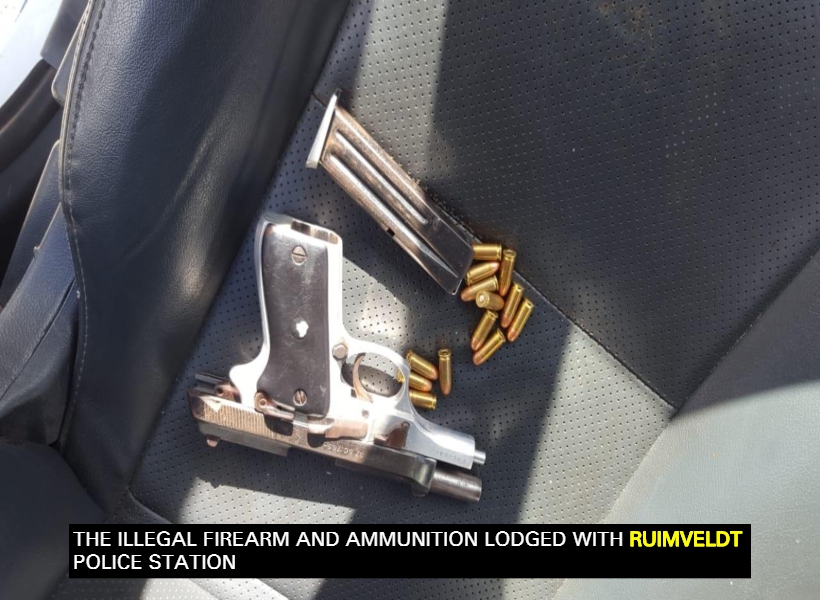 An interdicted Cadet Officer is currently in police custody. Reports are that the unidentified Officer pointed a loaded firearm at his wife early this morning.

The Guyana Police Force released a missive with details of the incident but did not name the implicated officer.

The Force said that in May of this year, the Officer had a criminal charge discharged against him after he compensated his victim.

However, the Officer’s reputed wife alleged that following a misunderstanding among them about 05:15 this morning, he drew a loaded handgun and threatened to shoot her “and in the ensuing process, she managed to disarm him.”

The Police related that the woman then handed over the firearm to a neighbor “who promptly went to the nearby Ruimveldt Police Station, reported the matter and handed over a .32 pistol with 13 live rounds, one of which was found in its breech.”

The Officer was held at the G.P.H.C where he sought medical attention for an injured right hand, which is now in plaster of paris.

The Officer told investigators that during the fracas, he struck the hand to a concrete wall. Further, he reportedly admitted ownership of the illegal firearm with ammunition.

The incident occurred at Second Street, Alexander Village. Police was keen to note that the Officer in question is presently not on actual duty as the decision of his re-instatement rests solely with the Police Service Commission.