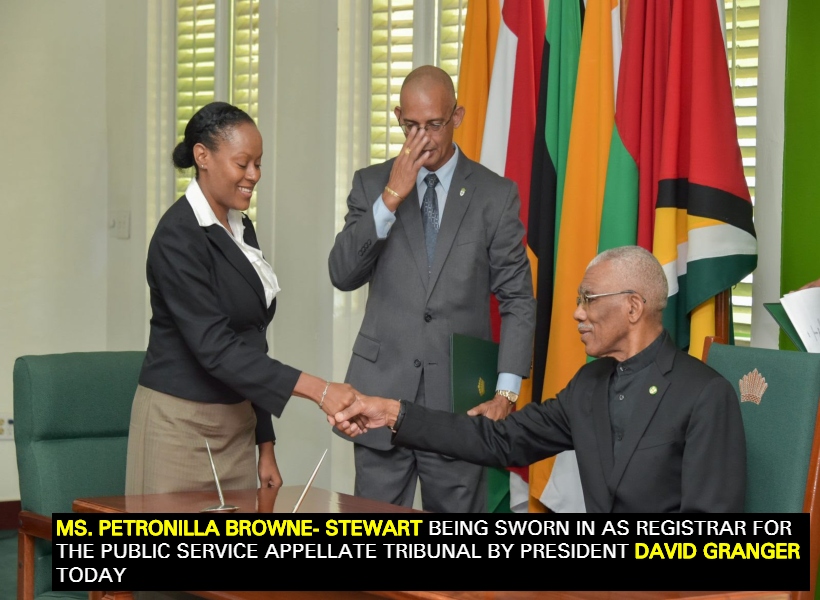 President David Granger, today, swore in Ms. Petronilla Browne- Stewart as Registrar for the Public Service Appellate Tribunal with the charge that she must fulfill her duties with competence, efficiency and fairness.

During the simple ceremony held at State House, President Granger reminded of the provisions of Article 215 A (1) of the Constitution of Guyana which states that, “Parliament may, by law, provide for the establishment of a Public Service Tribunal…”

The Act also provides for the appointment of a registrar who shall be the chief executive officer of the Tribunal. A vacancy had arisen for the position of registrar and that vacancy has been filled.

Granger also noted that the work of the Public Service Appellate Tribunal must be enhanced by a competent and efficient registrar.