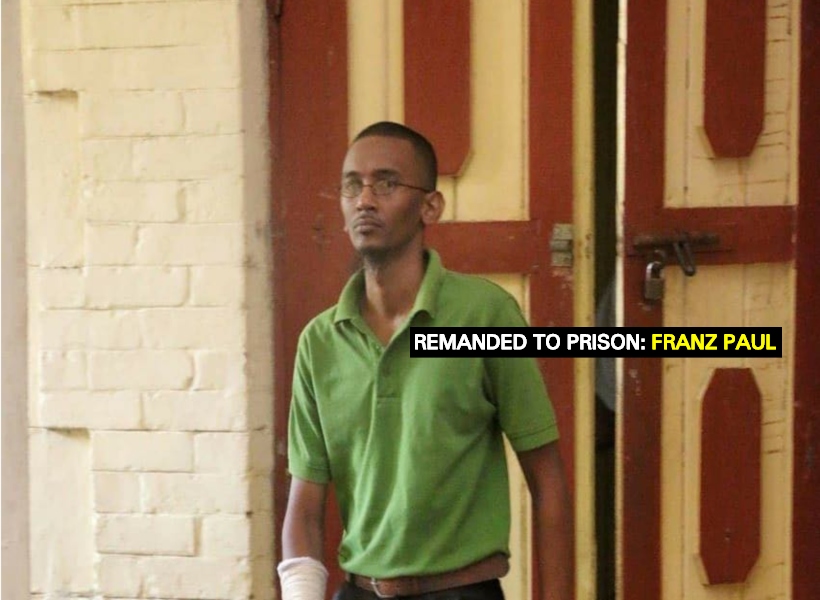 Citing public safety, Chief Magistrate Ann McLennan this morning remanded an interdicted Cadet Officer of the Guyana Police Force, who was charged with threatening to kill his wife and illegal possession of arms and ammunition.

Franz Paul, 32, of Alexander Village, Georgetown was slapped with three charges after he appeared before the Chief Magistrate.

The first charge stated that on August 20, 2018, at 114 2nd Street, Alexander Village, Georgetown, he made use of threatening behavior towards his wife Rachel Carew.

It was further alleged that on the same day and at the same location, he had, in his possession, 13 live rounds of .32 ammunition without being the holder of a firearm license enforced at the time.

The last charge stated that on the same day and at the same location, Paul had in his possession one .32 pistol without being the holder of a firearm license enforced at the time.

Paul denied all the allegations after they were read to him in the Georgetown Magistrate’s Courts.

His lawyer, Damien Da Silva, in an application to secure bail for his client, told the court that the firearm was never found in his Paul’s possession.

The lawyer added that the alleged firearm and ammunition were found in the possession of his client’s wife.

Da Silva further told the court that at the time of the alleged incident, his client was at the Georgetown Public Hospital Corporation (GPHC) nursing a broken hand and officers arrived and arrested him and took him to the station.

However, Police Prosecutor, Neville Jeffers told the court that Paul should be remanded to prison citing the serious nature of the offences and the penalty the charges attracts.

He told the court that on the day in question, the defendant brandished the loaded firearm at his wife and threatened to kill her.

The two then got into a scuffle and the woman managed to disarm him.

She then ran over to her neighbour and gave him the gun to keep until the police arrived at their home since she was scared for her life.

The neighbour subsequently handed over the gun to the police who went to GPHC where they met with Paul and arrested him for the offence.

The Chief Magistrate, after listening to the Prosecutor’ submission, told the court that she finds no special reasons to grant the defendant bail.

Hence, she remanded him on the ground of public safety.

He was instructed to make his next court appearance on September 3, 2018.

A few months ago, Paul had a wounding charge against him dismissed by City Magistrate Fabayo Azore, after he compensated his victim.

He was accused of shooting a teen in the mouth. But before the trial could have ended, he agreed to settle the matter for $2M.

Alex Griffith, who was just 15 years old when he was shot in the mouth by Paul, was compensated with $2M, nearly four years after the incident occurred.

Hence,  the charge against the cop was withdrawn by the Director of Public Prosecution (DPP).