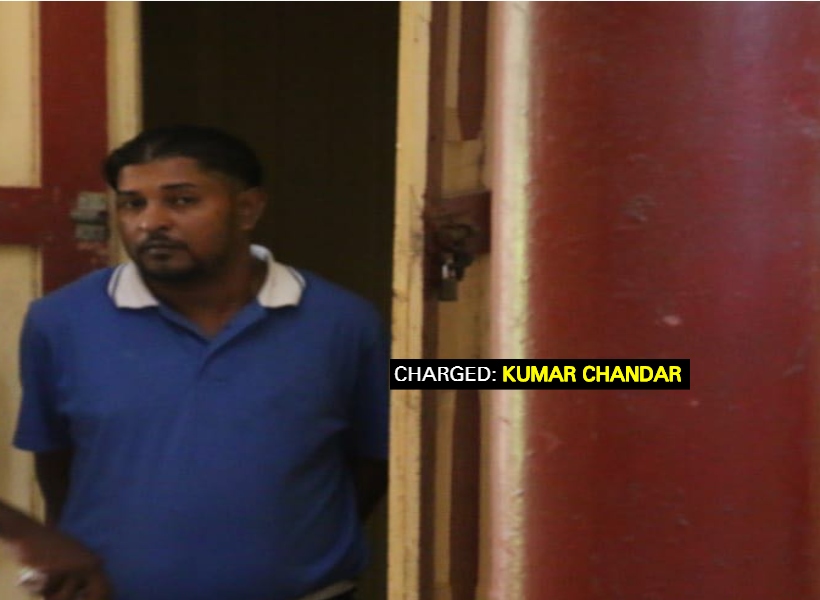 A drunken taxi driver, who crashed into one of the cars in the Presidential convoy, was this morning fined for dangerous driving and driving under the influence of alcohol.

His driver’s license has also been suspended for the next three months.

The first charge stated that on August 24, 2018, at Houston Public Road, East Bank Demerara, he drove motor car PMM 9452 in a manner dangerous to the public.

It was further alleged that on August 24, 2018, at Houston Public Road, East Bank Demerara, he drove motor car PMM 9452 when his blood alcohol level exceeded the normal limit of 35 micro grams.

Chandar’s blood alcohol level at the time of the accident was 140 micro grams.

He pleaded guilty to both charges.

Failure to pay the fine, will see him serving 11 weeks imprisonment.

His lawyer, Paul Fung-a-Fat, told the court that his client was at a party drinking alcohol.

He added that on his way home a car splashed water onto his client’s windscreen and he drove into the back of a presidential convoy.

Facts presented by Police Prosecutor, Gordon Mansfield, stated that on August 24, last, about 05:20 hrs,Chandar was proceeding south on the eastern carriageway of the Houston Public Road, to the rear of motor vehicle PWW 5770 which is attached to the Presidential Guard Service.

The Prosecutor added that while in the vicinity of Banks, Chandar collided into the rear of motor car PWW 5770.

As a result, both vehicles received damage and the matter was reported.

An investigation was later carried out.

Both drivers were tested for alcohol in their system and Chandar was over the legal limit of alcohol.

It was reported that the President was not in any of the vehicles at the time of the accident.

However, the President visited Chandra while he was admitted at the Diamond Diagnostic Centre, where he was receiving treatment.