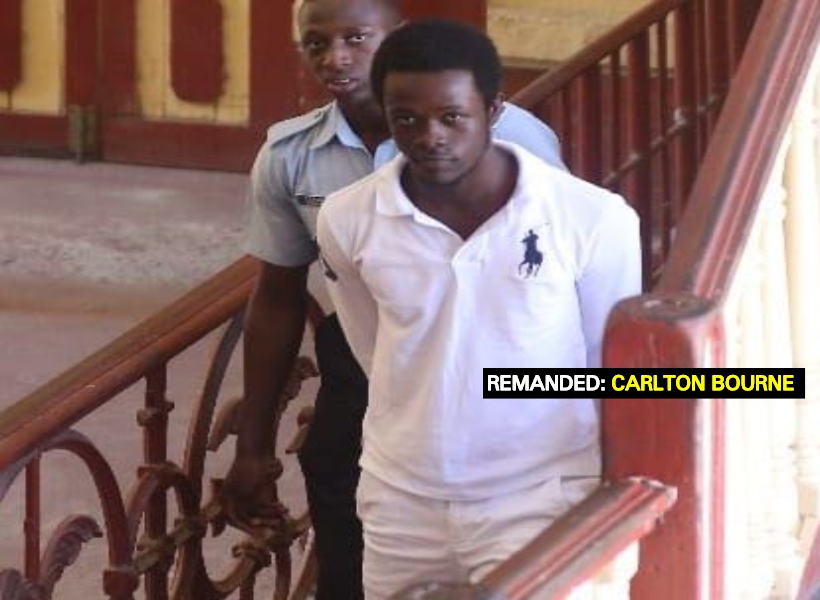 Particulars of the charge stated that on August 1, 2018 at John and Chapel Streets, Georgetown, he discharged a loaded firearm at Police Constables Royston Mendonza and Lester Lewis, with intent to maim, disfigure, disable or cause them grievous bodily harm.

He was not required to plead to the indictable charges after it was read to him.

It was reported that police ranks had stopped motorcar PSS 4647, and soon after Bourne and two other men started to shoot at them.

Police Prosecutor, Stephen Telford stated that ranks on mobile patrol in Georgetown, observed suspicious movement of a motorcar in the city, and followed it into Princes Street, where the occupants exited with handguns and proceeded into a yard.

The constables followed the men who discharged rounds at the ranks. The police ranks opened back fire.

The constables recovered one .357 revolver with four live rounds and one spent shell.

The Prosecutor objected to bail being granted to the defendant citing the serious nature and prevalence of the offence.

He further went on to tell the court that Bourne has pending matters in the Courts and if bail is granted he would not return to court for the trial.

According to the prosecution, Bourne already has three counts of robbery under-arms matters pending.

The Magistrate after listening to the Prosecutor’s objection, remanded Bourne to prison.

He was instructed to make his next court appearance on September 10, 2018for statements.

A few months ago, a murder charge against Bourne was discharged in the Berbice Magistrate’s Courts.

Two weeks ago, two other persons were placed before the court for firing at the police constables.