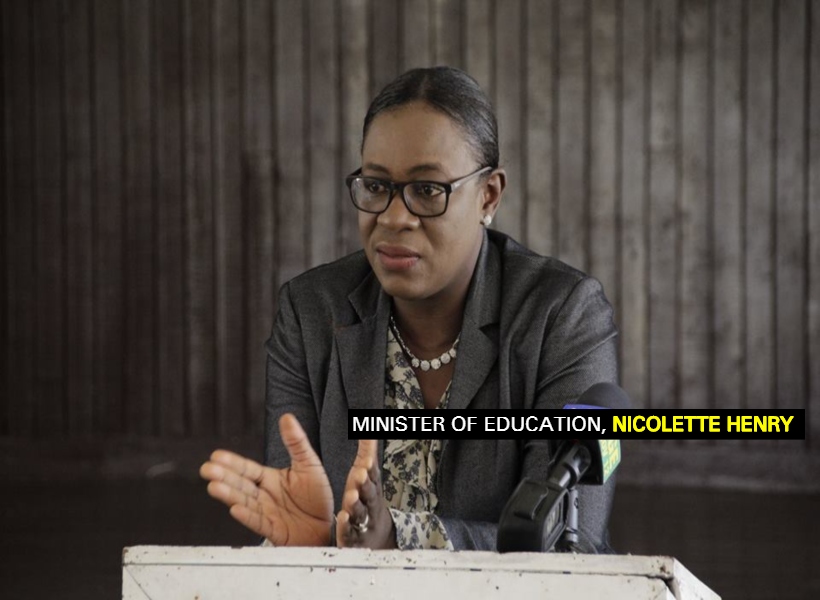 If aggrieved teachers activate their planned strike action in the new school term, the Ministry of Education will set its contingency plan in motion. According to Education Minister, Nicolette Henry, the government has organized some 400 students of the Cyril Potter College of Education (CPCE), and a number of retired teachers who will be ready to take over as substitutes. Henry said that Monitors will also be deployed in every region to supervise the attendance and punctuality of teachers. Henry made this revelation yesterday at the Hope Secondary School on the East Bank Demerara; Queen’s College in Georgetown, Region Four; and at the West Demerara Secondary School, Region Three.

At those learning institutions, the Minister met with scores of parents and teachers to assure them that the government is doing its best to resolve longstanding issues of wages and salaries for the nation’s teachers.

“This is not the first time the education sector was threatened by a strike. My predecessors had to deal with the same issue. I intend for it to stop with me, I want to put this issue to rest,” Minister Henry emphasized.

She expressed optimism that the Guyana Teachers Union (GTU) and the government will find an amicable solution on the matter.

Further to this, the Education Minister reminded the teachers and parents of the discussions held between the ministry and the GTU during this month to reach an agreement. She noted that out of the eight proposals put forward by the union, there has been a partial agreement on seven areas.

Chief Education Officer, Marcel Hutson encouraged the parents to send their children out to school come September 3, as schools will be in session as per normal.