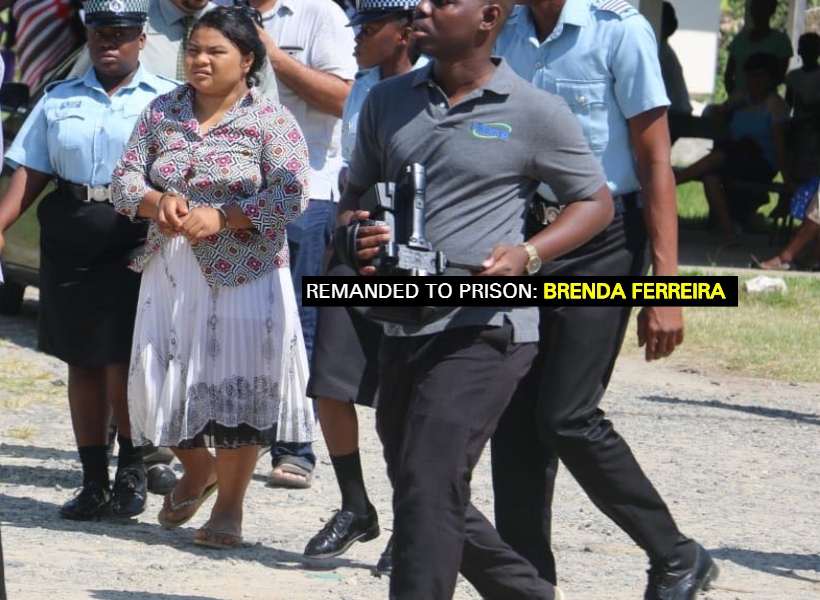 The woman who is accused of fatally stabbing her three-year-old son to his chest and back was this morning charged and remanded to prison for the capital offence of murder.

Twenty-six-year-old Brenda Ferrier, of Foulis, East Coast Demerara, with handcuffs on her hands and under tight security, made her appearance before Magistrate Peter Hugh at the Cove and John Magistrates’ Courts.

Throughout the court proceeding, the woman was observed gazing at the ceiling and smiling at the walls of the courtroom.

She was not required to plead to the charge which stated that on August, 25, 2018, she murdered her three-year-old son, Ramdeo Ferreira.

The woman, when questioned by the Magistrate, told the court that she is pregnant and added that her son is not dead.

The Magistrate, after listening to the woman who appeared to be confused, remanded her to prison and ordered that she undergo a psychiatric evaluation.

The psychiatric evaluation will determine if the woman is fit to stand trial for the murder of her child.

She was instructed to make her next court appearance on September 12, 2018, when the psychiatric report is expected to be handed over to the court.

It was reported that on the day in question, the woman was seen running behind the child who was in the yard playing.

The woman upon catching up with the child, picked him up and took him inside the house and dealt him several stabs to his chest and back with a knife.

An alarm was raised by neighbours and the child was rushed to the Georgetown Public Hospital Corporation (GPHC).

The child died hours after at the institution while undergoing surgery.

The matter was reported and the woman was arrested for the offence.

It was while at the station the woman allegedly told officers that she dreamt that she was going to die so she decided to take her favorite child with her.