Home News Foreign Affairs Be open to Chinese Investors, but filter the bad from the good–... 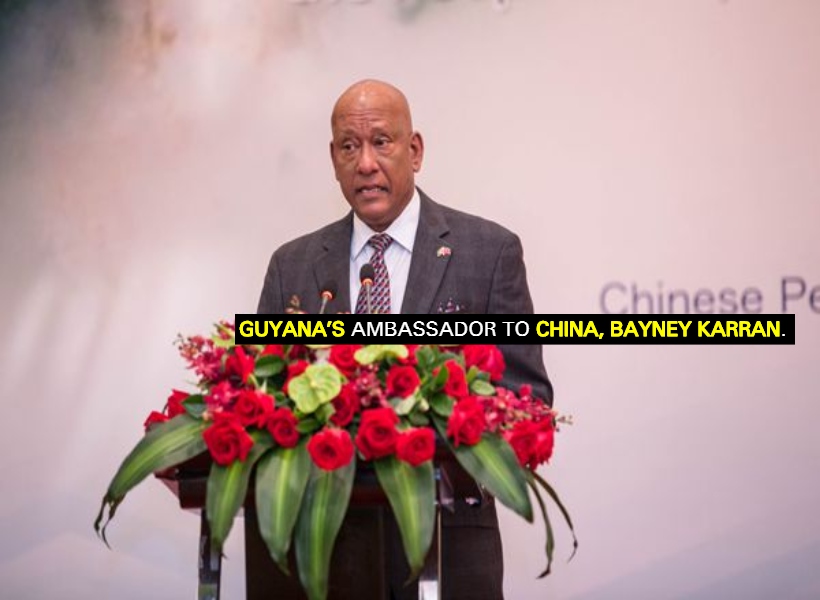 Caution is exactly what Guyana needs to exercise when dealing with Chinese investors. Anything else would likely leave the country exposed to the abuses it experienced at the hands of past investors like BaiShanLin Forest Development Inc.

This point was recently noted by Guyana’s Ambassador to China, Bayney Karran.

According to the envoy, there must be balance in the execution of the country’s diplomatic relations as foreign investment is important to development.

Karran said, “One should certainly exercise caution with one’s international interlocutors. In Guyana, we have had some bad experiences with some Chinese companies and this is very much in the public mind. When investors don’t operate like good corporate citizens, the onus is on us to ensure that our laws, regulations, and customs are applied and enforced.”

The Guyanese diplomat further explained that many Chinese companies are not only more open to doing business in territories like Guyana, but are willing to take the greatest risks for such investments.

He cautioned however that “One has to have a balance between what is coming in and what we can utilize. It is up to us to filter the good ones from the bad because Guyana is open to all investors… We have to be careful that we don’t throw the baby out with the bath water.”

As the Ambassador makes such cautionary remarks about filtering the good from the bad, his employer, the Foreign Affairs Ministry is being wooed by Chinese officials into a debt trap disguised as the Belt and Road Initiative. Pakistan and Sri Lanka are just two countries which are not only struggling to stay afloat in China’s sea of debt but they have weaker economies as a result. Guyana has already signed on to a Memorandum of Understanding for the initiative.

Minister Greenidge has since defended his courtship with China on this matter. He noted that China cannot be blamed entirely for the failure of other countries with the initiative.

Prior to his ministerial appointment, Greenidge was a staunch advocate for “intense scrutiny” on Chinese investors and their proposals. In 2014, during the APNU campaign elections, he promised that this would be the government’s approach. Nothing less.