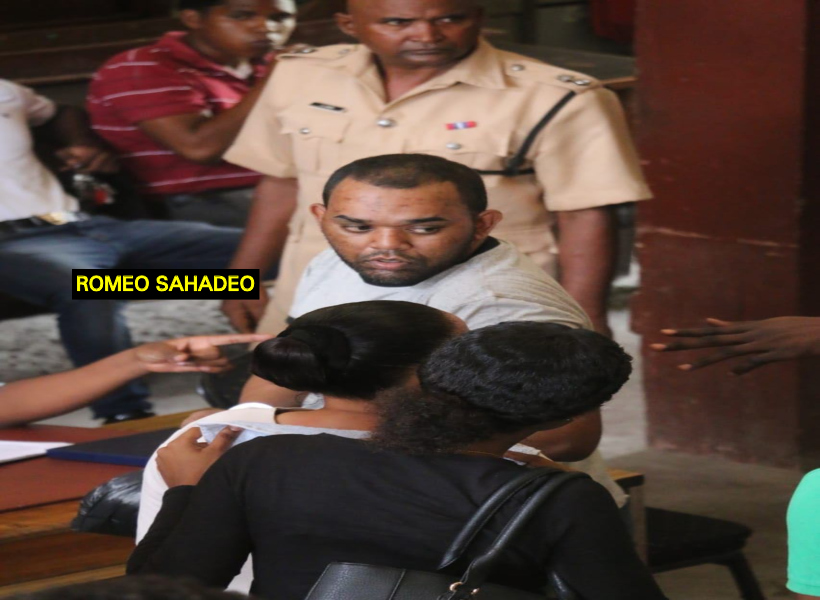 A 24-year-old miner was bailed $50,000 after it was alleged that he wrongfully restrained his girlfriend.

The man, Romel Sahadeo, was arraigned today before Chief Magistrate Ann McLennan in the Georgetown Magistrates’ Courts where he denied the charges.

According to Police Prosecutor Gordon Mansfield, Silva is a Brazilian National and she travelled to Guyana after developing a relationship with Sahadeo. The prosecutor related that Sahadeo told the woman that she could come to Guyana and work at his mother’s roti and fast food shop.

However, the defendant refused to let the woman leave after telling her he still owed her and that if she went to the police she would be arrested because she had came to Guyana illegally. As time elapsed, the prosecutor said that the woman made further request to leave but was assaulted by the defendant.

A relative of the defendant assisted Silva with accessing the internet, which she used to get help from her mother and brother in Brazil. A report was subsequently made to the police and officials at the Ministry of Social Protection rescued Silva. Investigations were carried out and police went after Sahadeo who was arrested and charged.

Prosecutor Mansfield made no objections to bail being granted to the defendant. He, however, requested that certain conditions be attached. A total 10 witnesses are expected to testify when the trial commences on September 4.The Chief Magistrate fixed the early trial date after taking into consideration that the virtual complainant is a foreign national. Silva remains in the custody of the Ministry of Social Protection.