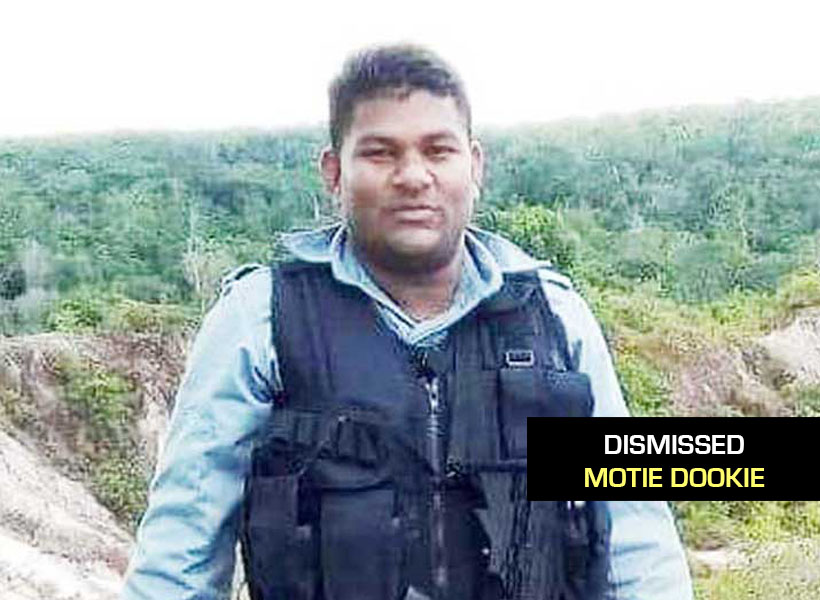 Justice Corbin-Lincoln found Ramnarine’s decision as “unconstitutional, capricious, whimsical, irrational, based upon irrelevant and extraneous considerations, contrary to the rules of natural justice, unreasonable unlawful, null, void and of no effect.”

In early June, Dookie, through his Attorneys-at-Law, Anil Nandlall, Manoj Narayan, Rajendra Jaigobin and Anuradha Deodasingh, filed a Fixed Date Application challenging the decision of Ramnarine to send him on special leave in the public interest.

Ramnarine was represented by the Attorney General, Basil Williams.

After all the relevant Affidavits were filed by both sides, and upon reading the written legal submissions made for, and on behalf of the respective parties, Justice Corbin handed down the aforementioned ruling. The Judge also ordered Ramnarine and the Attorney General to pay to the Applicant $100,000 within 21 days.

Dookie, who was accused of smuggling 30 cases of whiskey in December last year, was spared of criminal charges after the driver of the vehicle that he was in at the time of the interception took full responsibility.

He was relieved of his duties as Commander and was temporarily transferred to the force’s Strategic Planning Unit to facilitate an internal investigation. In a surprise move, he was posted to ‘A’ Division last month but reassigned to Police Headquarters, Eve Leary, a few days later. Subsequently, he was sent on special leave following a high profile meeting.