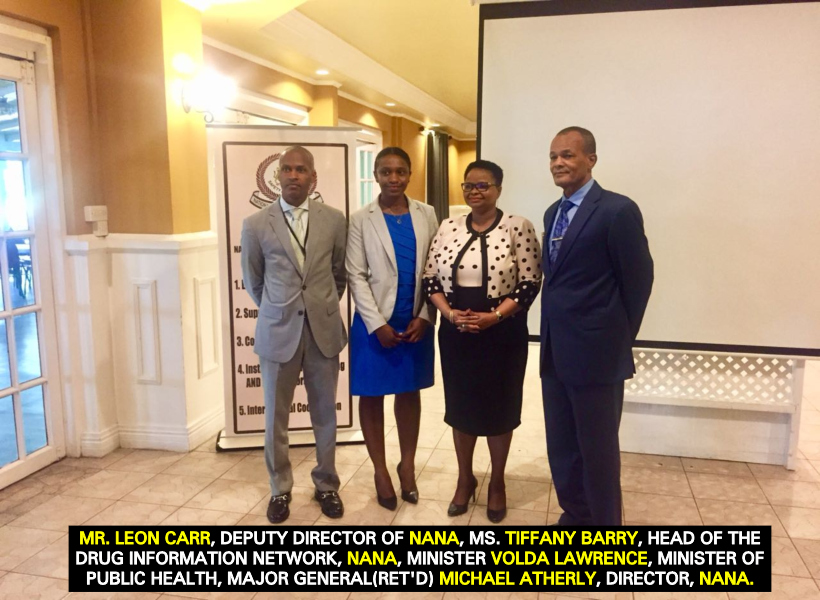 The National Anti-Narcotics Agency has been able to successfully remove $20B worth of drugs from the streets during the year 2017. This was revealed in its Annual report for that year. It was handed over today to Minister of Public Health, Volda Lawrence.

The 2017 report highlights that law enforcement agencies seized a total of 55,139 KG of narcotics which includes substances such as marijuana, heroin, cocaine, and ecstasy and have eradicated over 117,000 KG of marijuana plants. Overall, the responsible agencies were able to get convictions for over 300 persons for various drug crimes.

The report also highlights the tireless efforts of professionals working in the field of drug prevention and treatment. Through the combined efforts of the Ministry Public Health, Ministries of Education, Ministry of Public Security and several NGOs, it was noted that over 900 professionals have received training in drug prevention and drug supply reduction to work with youths and at-risk populations.

Further, over 100 persons have received specialized treatment for problematic drug use via the Phoenix Recovery Project and the Salvation Army’s Men Social Service.

It was also noted that the Guyana Drug Information Network (GUYDIN) is an inter-agency body comprising of key stakeholders from law enforcement agencies working in Drug supply reduction and professionals working in the field of drug prevention and treatment who meet regularly to share data on drug supply and demand reduction interventions.

GUYDIN has been producing annual reports on the drug situation in Guyana since 2011 through the Task Force on Narcotics and Illicit Weapons along with the Crime and Social Observatory of the Ministry of Public Security. However, since the establishment of the National Anti-Narcotics Agency (NANA) in 2017, GUYDIN was adopted by the new agency.