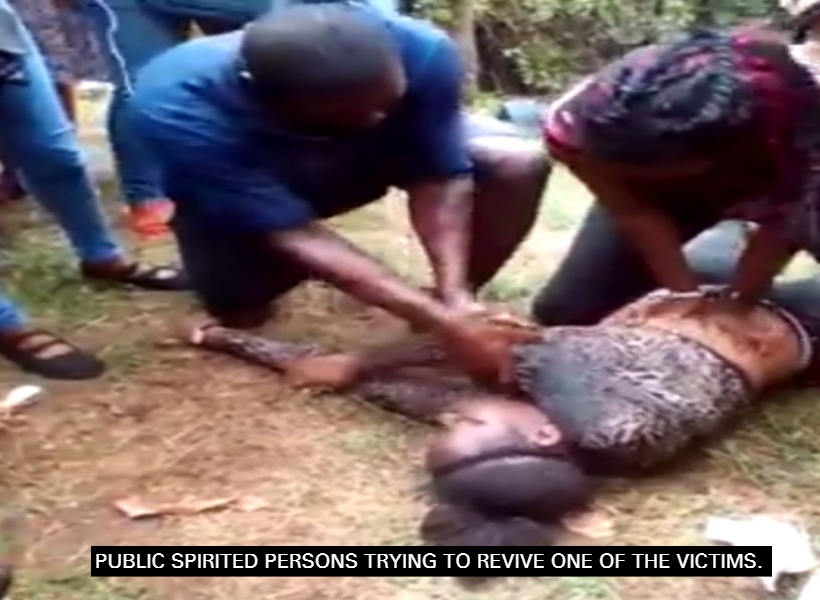 Three persons were killed this afternoon in a gruesome accident at Mahaicony, East Coast Demerara.

The accident occurred around 13:30 hrs.

Police ranks are still trying to identify the deceased.

According to information received, the driver was heading to Georgetown when he reportedly lost control of the car and subsequently ended up in a trench nearby.

It is unclear if the driver struck any object before the vehicle landed in the water.

The lifeless bodies of the victims, including the driver, were pulled from the mangled vehicle by public spirited persons.