Home News Finance With Exxon’s 9th discovery, Guyana must re-examine its plan for a refinery... 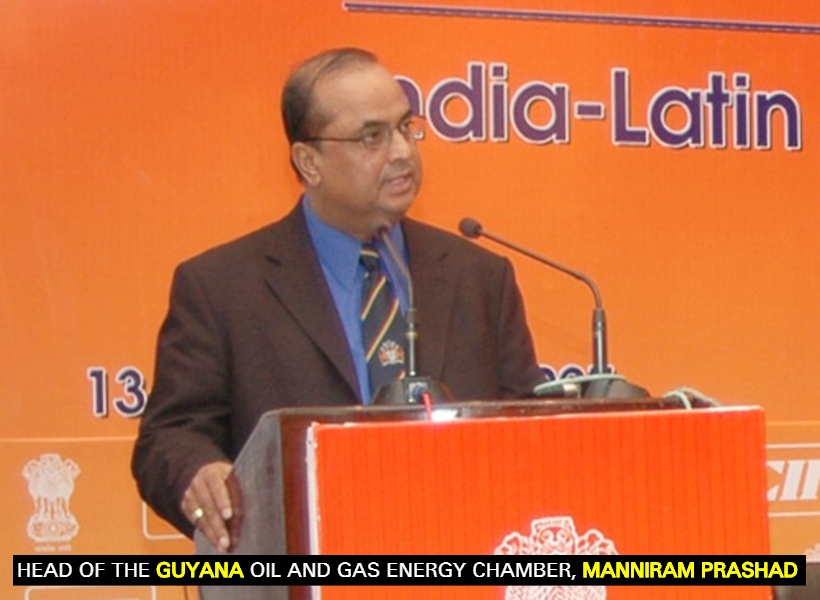 Last year, it was projected that Guyana would produce about 120,000 barrels of oil per day (BOPD). With that level of production at that time, international experts said that an oil refinery here would not be feasible. Since then, ExxonMobil has made more than six other discoveries which have pushed the BOPD rate to over 750,000 barrels per day by 2025.

It is on this premise that head of the Guyana Oil and Gas Energy Chamber, Manniram Prashad said that the government needs to seriously rethink its options. He believes that now, the prospects are better and a new study should be commissioned to determine the prospects of an oil refinery here.

Prashad said, “If you recall, the Government had invited (International Oil and Gas Consultant) Pedro Hass here to deliver a presentation on Guyana’s prospects with an oil refinery. He advised against the oil refinery, saying that it will cost somewhere in the vicinity of US$5B with a negative rate of return on investment at between US$2B and US$3B. But that was based on 2017 BOPD projections. But given the new circumstances, Guyana should really rethink its options.”

Further to this, Prashad said he had taken note of recent comments in the local media that Trinidad and Tobago is interested in saving its National Oil Company, Petrotrin, by offering to refine Guyana’s oil. The Head of the Energy Chamber said he is completely against this option. He stressed that Guyana should seek to invest in its own refinery which would lead to a number of job employment opportunities.

Prashad said, “Petrotrin is a 100 years old and it is buried in issues. Guyana does not need this. We have always been treated as second class in CARICOM. I am not saying we should treat Trinidad and Tobago the same way now that we have found oil. But we are a major player and whatever the decision we take to help TT, we must lead the way.”

On Thursday last, ExxonMobil announced that it made its ninth discovery offshore Guyana at the Hammerhead-1 well. This marks the fifth discovery on the Stabroek Block in the past year and proving a new play concept for potential development.

Hammerhead-1 is located approximately 13 miles (21 kilometers) southwest of the Liza-1 well and follows previous discoveries on the Stabroek Block at Liza, Liza Deep, Payara, Snoek, Turbot, Ranger, Pacora and Longtail. Those previous discoveries led to the announcement of an estimated recoverable resource of more than 4 billion oil-equivalent barrels discovered to date, and the potential for up to five floating production, storage and offloading (FPSO) vessels offshore Guyana.