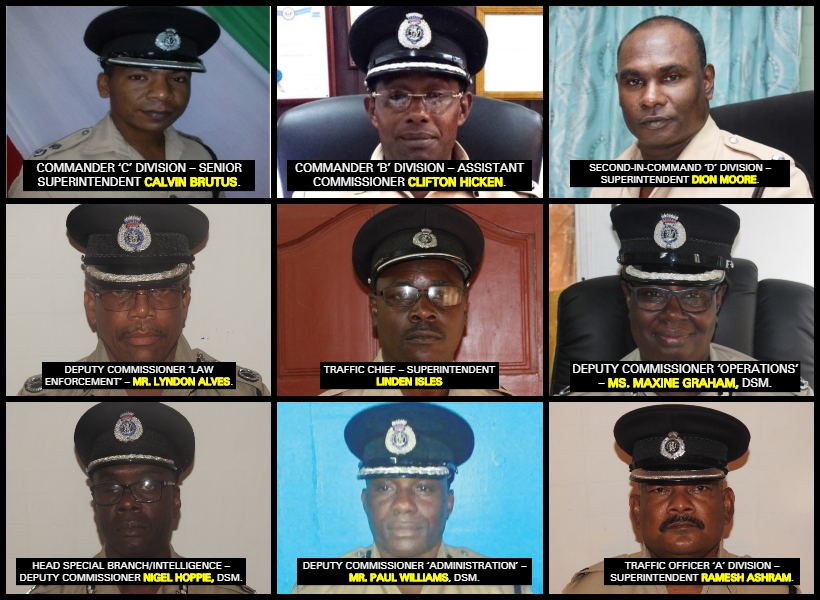 Significantly, Assistant Commissioner, Clifton Hicken, a former “A” Division commander has been posted to ‘B’ Division—Berbice. He is now the Commander of that Division.

Superintendant Ramesh Ashram, who has been performing the duties of Traffic Chief, has been posted to ‘A’ Division as the new Traffic Officer.