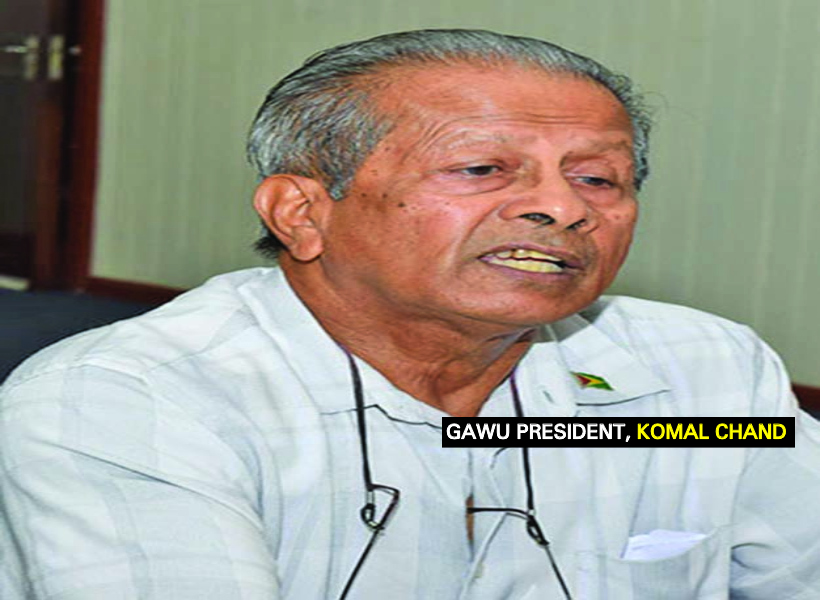 From 2015 to now, the APNU+AFC Government has sent home 7000 sugar workers without any plan to address their welfare. According to President of the Guyana Agricultural and General Workers’ Union (GAWU), Komal Chand, this has to be among the most callous of decisions ever made by any government in the country’s history.

He made these and other remarks today at the Union’s Sugar Conference which was held at Grand Coastal Hotel, Le Ressouvenir, East Coast Demerara (ECD).

The conference was convened to reflect on whether the right decisions regarding the industry were made by the government; what can be done to overcome the difficulties the industry now faces, and how the unemployed can approach the future to ensure sustainability and viability.

Chand said that the Government by its very actions has seriously affected communities;  shattered the hopes of the youth, and pushed thousands of Guyanese into misery-filled lives.

Chand continued, “We have seen the sugar corporation substantially stripped of its assets and its shares transferred. We also cannot forget the imbroglio regarding the Board of Directors. Neither can it escape our attention that the industry has borrowed $30 billion (a bond from Republic Bank) without a plan. This is akin to being up the river without a paddle. Is this the clear future the President claimed he had for the sugar industry?”

The Union President emphasized that GAWU will continue to hold steadfast to its position which states that the sugar industry must be made to succeed as a large number of Guyanese depend on its operations.

He said, “We have seen the ramifications of the vacuum created by sugar. But, success must involve a collaborative and comprehensive approach. There is no singular magic bullet but hard work, commitment, knowledgeable personnel, and of course, a motivated workforce.”

Chand said that these factors are critical elements in overcoming the difficulties facing the industry.