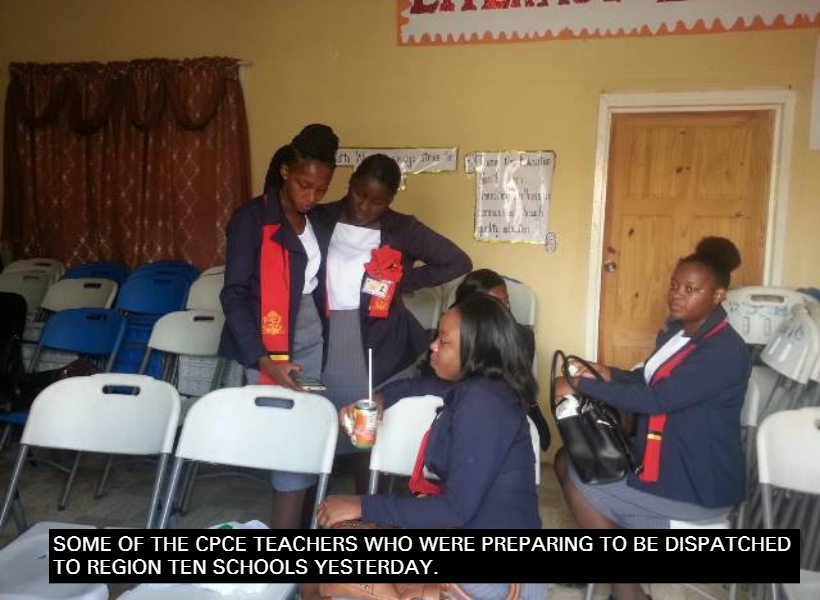 The Ministry of Education was forced to activate its contingency plan in Linden after several teachers refused to turn up for work.

The Ministry took several trainee teachers from the Cyril Potter College of Education (CPCE) along with some retired teachers and dispatched them to various primary schools to fill the void left by teachers who were protesting in front of the region’s Department of Education.

Meanwhile, Chief Education Officer (CEO) Marcel Hutson, visited several institutions in the mining town. The CEO met with the teachers and expressed his appreciation for their support during this period.

During his first visit to the Linden Foundation Secondary School (LFSS), the CEO met with approximately 20 teachers who were present and thanked them for reporting to duty on the first day of school. He reassured them that the Ministry of Education, and by extension, the Government of Guyana, is committed to making the lives of teachers better.

At the site of the protest action, Member of Parliament, Jermaine Figueira told the protesting teachers that being a teacher for 18 years; he empathizes with them and understands the struggle. Figueira reassured the teachers that the government is working to improve their offer.