Home News GAWU stands in solidarity with “teachers in the struggle” 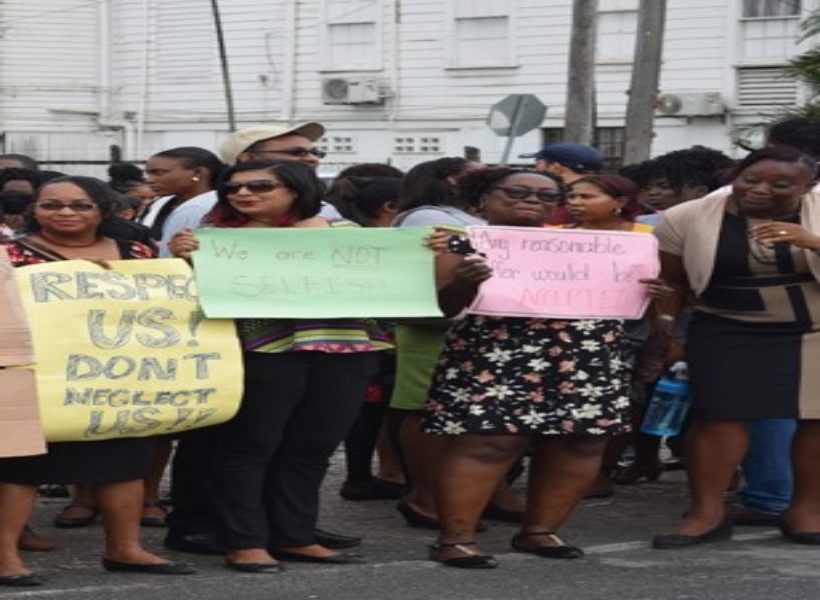 The Guyana Agricultural Workers Union (GAWU) has thrown its support behind the nation’s educators.

Yesterday, GAWU hosted a one-day conference themed, “Sugar – too big to fail”. The conference resolved to stand in solidarity with teachers in the “struggle” for better pay.

GAWU said that as it discussed the plight of the sugar workers who are now jobless, it also took account of “the ongoing struggles of our nation’s teachers who are, at this time, seeking improved pay and working conditions. Several speakers, during their interventions, reflected on the strike action taken by the teachers at this time.”

GAWU said that the conference approved a resolution to support the teachers and their protest actions.

A motion moved by FITUG’s President, Carvil Duncan and seconded by GTUC General Secretary, Lincoln Lewis noted, “Whereas the teachers are in the forefront of educating our nation and whereas the wages they receive cannot sustain them and their families; Whereas this Conference on the future of the sugar industry in Guyana recognizes the need for the improvement in the benefits of our teachers.”

The Motion resolved, ” that the Conference calls upon the Government to consider meeting the just demands of the teachers in an effort at ending the strike or alternatively agree to take the dispute to arbitration.”

GAWU said that the teachers are justified in their demands. “They, like all workers and Guyanese, are only seeking to live a comfortable and fulfilling life where they can afford the basic necessities.”