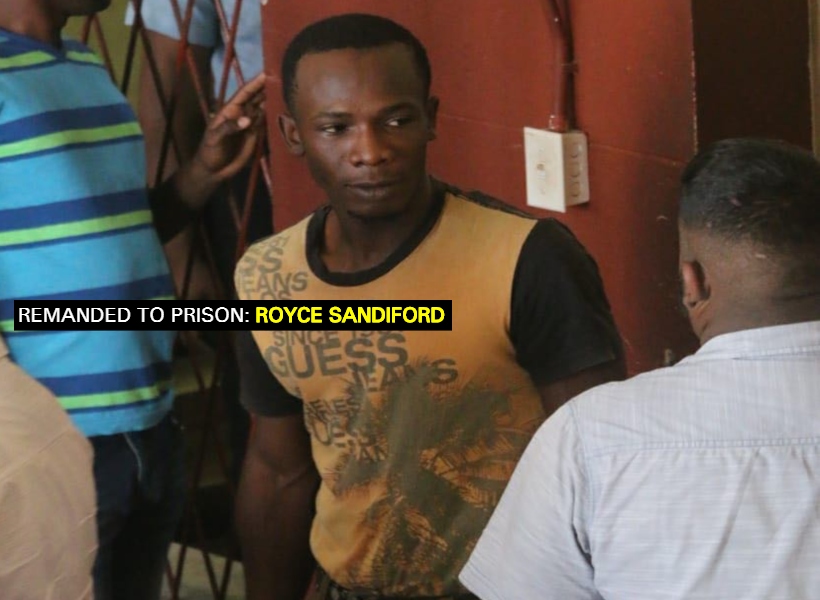 One week after two persons were charged and remanded to prison after being jointly charged with the murder of popular market vendor, Troy Ramalho, a third man was this morning arraigned for the offence.

However, before the charge was read to the third man, Royce Sandiford, Police Prosecutor, Neville Jeffers told the court that based on advised from the Director of Public Prosecutor (DPP) the charge against, Akeem Morris and George Paton should be withdrawn.

The Magistrate, after listening to the Prosecutor, withdrew the charge against the number one and two defendants.

They are now jointly charged with Sandiford for the murder of Ramalho.

The new charge now read that Akeem Morris, 26, of Sandy Bobb Street, Kitty, George Paton, 34, a taxi driver, of Eccles, East Bank Demerara and Royce Sandiford 33, a labourer of A Field Sophia, murdered Troy Ramalho on August 15, at Robb Street, Bourda, Lacytown, Georgetown, during the course of a robbery.

The trio were not required to plead to the indictable charge after it was read to them by Chief Magistrate Ann McLennan in the Georgetown Magistrates’ Courts.

They were ordered to make their next court appearance on September 24, 2018, for report and disclosure.

According to reports, Ramalho was shot and killed while plying his trade at Bourda Market where he sells cheese and eggs.

It was reported that two bandits, one of whom was armed with a gun, pounced upon Ramalho.

It was reported that Police, acting on information, were able to arrest Paton.

Ramalho was known to always be wearing lots of gold chains. He was wearing several pieces of jewellery on the night he was shot and killed.

He was on a bench at his business place, and had just finished selling a customer when the men walked up to him and shot him.

Ramalho fell to the ground in an unconscious state and was rushed to the Georgetown Public Hospital Corporation (GPHC), where he succumbed to his injuries.