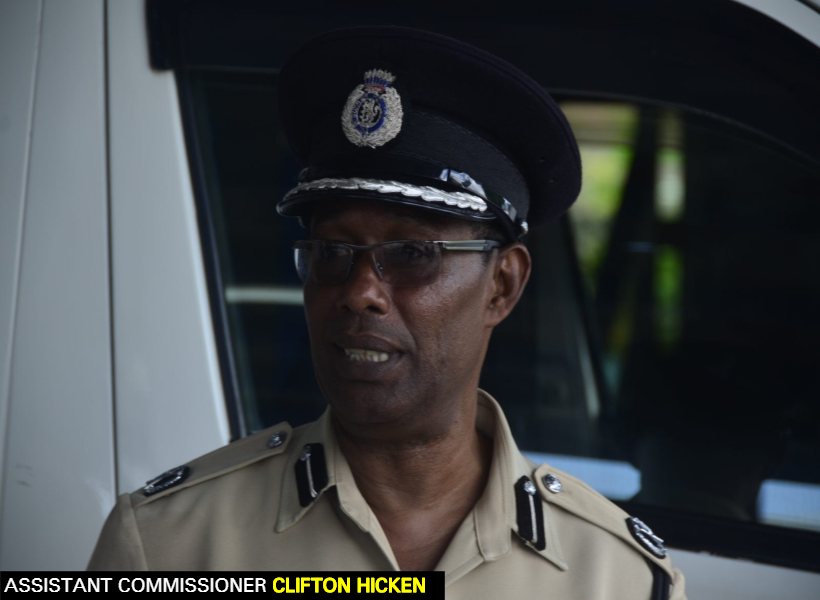 Newly appointed Divisional Commander of Berbice, Assistant Commissioner Clifton Hicken, on Friday, announced that he is gearing to unleash a strong crime-fighting plan for Berbice. He said he is also committed to establishing a stronger and more productive operational policing strategy in his division, which spans from Abary West Coast to Orealla Corentyne River, inclusive of the East Bank of Berbice.

The Commander, who had been previously assigned to the district, made this pronouncement while addressing media operatives at Divisional Headquarters, Coburgh Street New Amsterdam.

Hicken said he will be building capacity on the structure laid out by his predecessor Lyndon Alves, now Deputy Commissioner of Police. The Divisional Top Cop plans also to work collaboratively with the Community Police Groups (CPG), as he seeks to promote moral values within his jurisdiction.

According to the senior officer, preparations are being made for additional foot, cycle and vehicular patrols to cover the length and breadth of the division; citing that the visibility of the patrols will act as a deterrent to crime.

In response to questions by the Berbice media, the commander said that there is an open door policy which allows the press and members of the public to have access to himself, his deputy, as well as the station sergeants throughout the Division during working hours. Hicken also mentioned should persons need to contact any station sergeant after working hours, calls can be made to the senior officers.

“It is very important that members of the public have access to the leadership of the Division because we can mitigate against anything that is escalated,” Hickens reiterated.

Further, the Assistant Commissioner said he wants to have a monthly stakeholders’ meeting which will include faith-based groups, and prominent members of the society, which will deal primarily with issues and concerns.

The ‘B’ Division Commander outlined plans for various youth programmes that will provide them with the opportunity to be more involved in constructive activities within their respective communities.

“I will be dealing with the youths for their development because it is critical to me,” the Commander said.

Also, the programmes for youths in the Angoy’s Avenue area which were initiated by Hicken on a previous tour of duty will be soon reinstated. The Divisional Top Cop assured that there will also be skills training programmes in villages and communities.