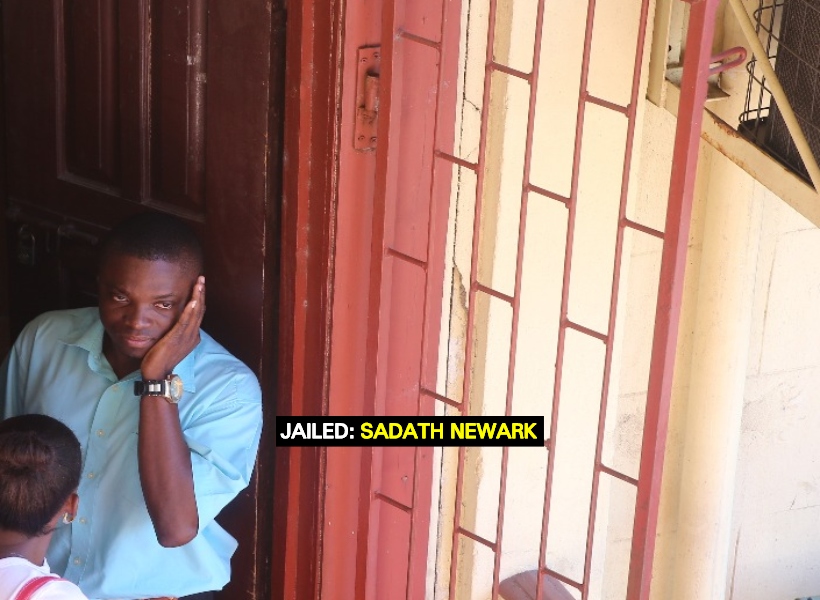 A taxi driver accused of killing a porter in an accident last February on the Soesdyke/Linden Highway, was today sentenced to three years imprisonment after being found guilty of the offence.

He had denied the charge which stated that on February 6, last, at Kuru Kururu, Linden Highway, he drove motorcar PRR 378 in a manner dangerous to the public, thereby causing the death of Dexter Conway.

He was out on $1.5 M bail pending the determination of the trial.

Magistrate Latchman, in handing down her decision, told the court that she believed the evidence of the Prosecution witnesses which was lead by Police Prosecutor, Shawn Gonsalves.

She added that she is of the opinion that a prima facie case was made out against Newark since the evidence show that Conway’s death was a result of Newark’s negligence and that he had not taken enough due care and attention.

“The defendant failed to exercise the five C’s of driving – care, caution, common sense, courtesy and consideration,” she said.

Gonsalves added that Newark had failed to take heed despite the lack of visibility and lightening on the night of the accident.

The Magistrate went on to tell the court that Conway was standing at the side of the road examining his truck when he was struck by Newark who was speeding.

Conway, a father of five who resided at Old Road, Land of Canaan, East Bank Demerara, sustained serious injuries and was rushed to the East Bank Demerara regional hospital at Diamond, where he was pronounced dead on arrival.

At the time of the accident, which occurred around 11 pm on Tuesday, February 6, 2018, Elroy Savory was the driver of motor lorry GVV 427 with trailer TVV 87, while Conway was the porter.

The police, in a statement, said investigations revealed that the lorry was proceeding east along the northern carriageway of the public road when it encountered a mechanical problem.

As a result, the police said “Savory and Conway exited and were positioned along the right side of the vehicle trying to fix the problem when they were struck down by the motor car PRR 378 which was proceeding in the said direction”.

Newark, the driver of the car, alleged that he was blinded by the lights on a vehicle proceeding in the opposite direction.

Throughout the trial Newark was represented by Attorney-at- New Sonia Parag.