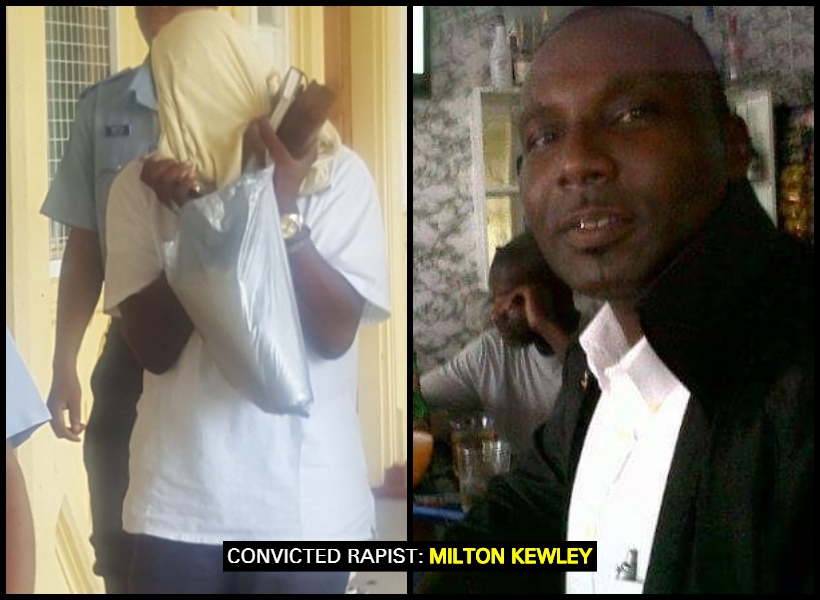 A 50-year-old former policeman was this afternoon convicted of buggering a teenage boy back in 2013.

On August 22, 2013, Kewley engaged in sexual penetration with the underage child.

At the announcement of the verdict by the jury foreman, Kewley stood shocked in the prisoner’s dock.

When asked by the court registrar if he had anything to say, the convicted rapist said, “I am innocent. I think that the jury made a mistake. I would never have sex with any male. I am not attracted to any male. God is my witness.”

In response, State Prosecutor Lisa Cave urged the court to not only consider the prevalence and serious nature of the offence, but the fact that the teenage boy was left in the care of Kewley, someone he trusted.

The prosecutor asked that the convict be served with a “heavy penalty”, which will serve as a deterrent to like-minded individuals in society. Sentencing for Hewley has been deferred until tomorrow at 13:00hrs, at the High Court in Georgetown.