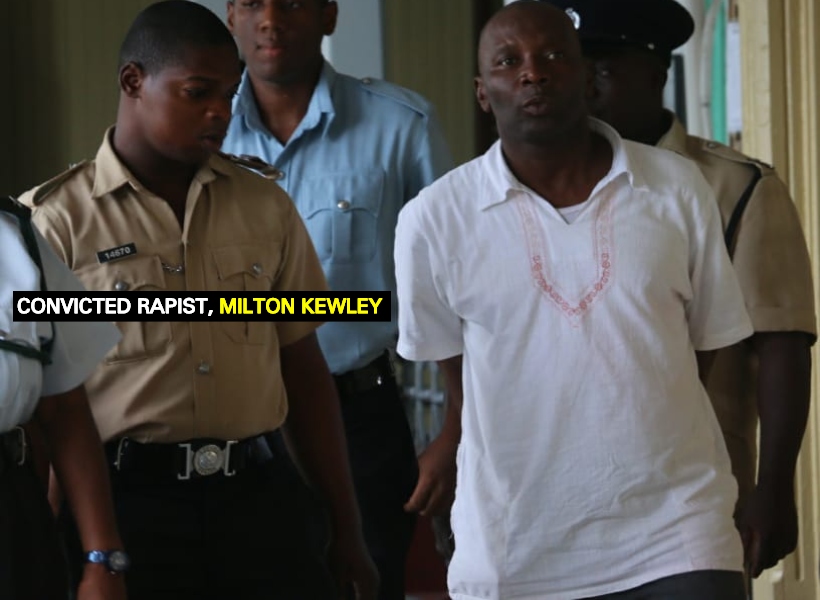 A life sentence with, possibility for parole after serving 45 years, was imposed on former policeman Milton Kewley, who was on Monday convicted of raping a 13-year-old boy.

This afternoon, 50-year-old Kewley made another appearance before Justice Priya Sewnarine-Beharry who imposed the custodial sentence.

On August 22, 2013, Kewley engaged in sexual penetration with the underage child. At the announcement of the unanimous verdict by the jury foreman, Hewley stood shocked in the prisoner’s dock.

Despite being convicted by his peers, Kewley has nevertheless maintained his innocence.  Minutes after his conviction, he told the court, “I am innocent. I think that the jury made a mistake. I would never have sex with any male. I am not attracted to any male. God is my witness.”

Attorney-at-Law Maxwell McKay during a plea in mitigation emphasized that Kewley is a member of the Universal Church of God and a suicide counsellor. The lawyer also pointed out that his client has no antecedents.

State Prosecutor Lisa Cave had asked the court to impose a “heavy penalty”, having considering not only the boy’s age but also the fact that he trusted Kewley. The lawyer said that the sentence imposed would serve as a deterrent to like-minded individuals in society.

Kewley was on trial at the Sexual Offence Court at the High Court in Georgetown.