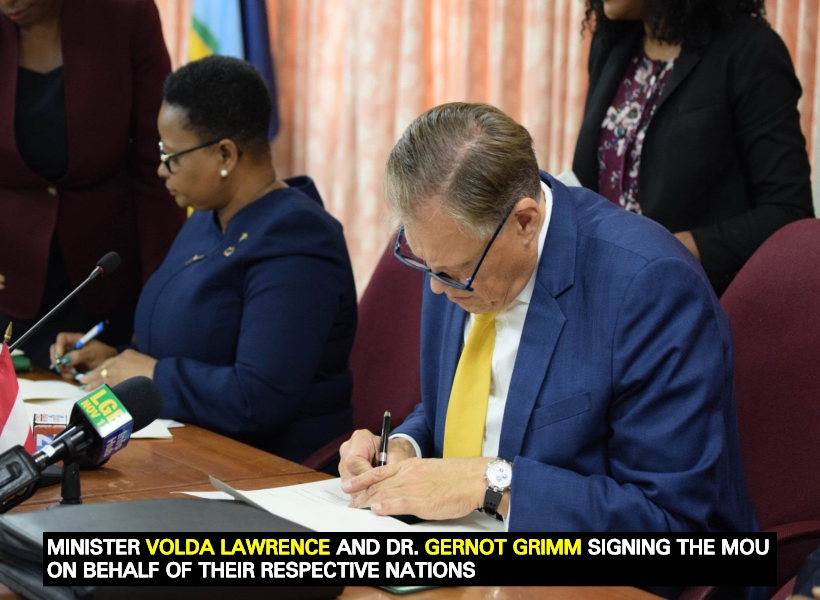 The Government of Guyana has signed a Memorandum of Understanding (MoU) with Austria’s Ministry for Transport, Innovation, and Technology for enhancement of local healthcare facilities.

At the official signing this morning, Minister of Health, Volda Lawrence said the MOU is the beginning of a process which will result in enhanced health care facilities for Guyanese. According to the Minister, concrete projects will begin in 2019.

“We are looking at the GPHC since it is our tertiary institution. You will be aware that particularly our A and E (Accident and Emergency) department is really under the threshold, in terms of standard operating procedures. So, the first two aspects we will be getting a trauma centre and a critical care centre which will be able to take off the deficiencies which we have. This will ensure improved delivery of care for our patients and also upgraded equipment for the staff works,” the Health Minister said.

Meanwhile, Dr. Gernot Grimm of the Austrian Ministry said the signing of the MoU is in keeping with the good relations enjoyed by the two nations for decades. He added that the success of the MoU would be seen in the tangible achievements sooner rather than later.

The signing of the MOU was witnessed by Foreign Affairs Minister Carl Greenidge, Minister within the Ministry of Public Health Karen Cummings along with CEO of the GPHC Patrick West among other stakeholders.