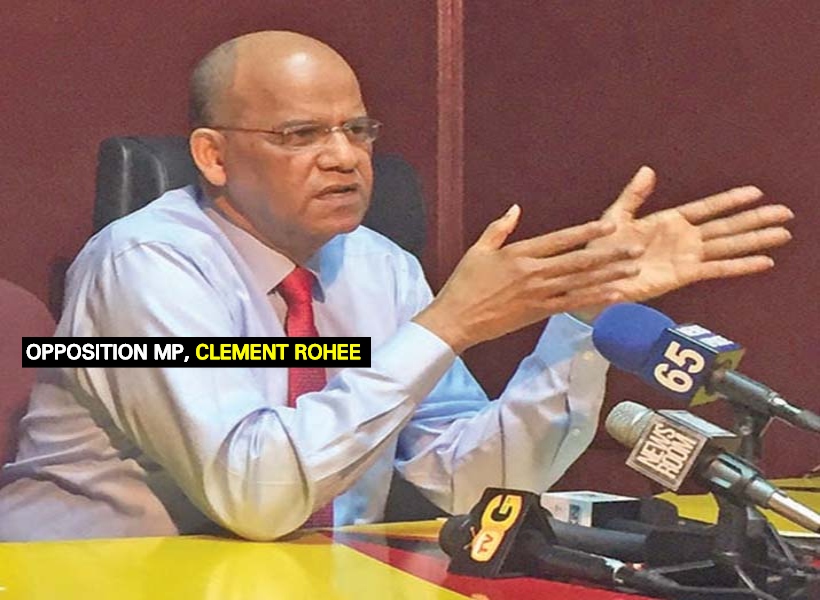 Trinidad and Tobago is facing a most turbulent time with its oil and gas sector. It now turns to Guyana for help via a Memorandum of Understanding (MoU) on Energy that will be signed this week.

But Executive Member of the People’s Progressive Party (PPP), Clement Rohee sees this MoU as nothing but “a Trojan Horse that will arrive in Georgetown.” He is also of the view that Guyana is going out of its way to help Trinidad which has not been the friendliest CARICOM sister country.

In a letter to the media, Rohee recalled that during his time as Minister of Foreign Trade and International Cooperation, he was tasked with three responsibilities. The first was to persuade Trinidad to give Guyana greater market access for its rice by removing a number of non- tariff barriers which it had unilaterally imposed without the consent of CARICOM’s Council for Trade and Economic Development (COTED).

Rohee said, “I led several official/private sector missions to Port of Spain. But the Trinidadians never budged. They found fault with the colour, length, and smell of the Guyanese rice grain and claimed that they had to impose the non-tariff barriers for the sake of consumer protection.”

The second issue had to do with our sugar. Rohee said, “This time ‘round my mission was to encourage the Trinidad authorities to import certain amounts of Guyana’s brown (raw) sugar to be refined into ‘white sugar’ since Trinidad was the only sugar producing country with a refinery in the Community.”

Rohee said that a case was made based on studies that it would be to the mutual advantage of both countries were the two to engage in a joint venture envisaging the production and refining of sugar. But the Trinidadians never agreed.

With the aforementioned in mind, Rohee emphasized that Guyana’s economic and foreign trade interests with Trinidad have been a hard road to travel.

He said that the coalition Government must carefully consider who the impending Energy MoU will benefit, lest it turns out to be a Trojan Horse.