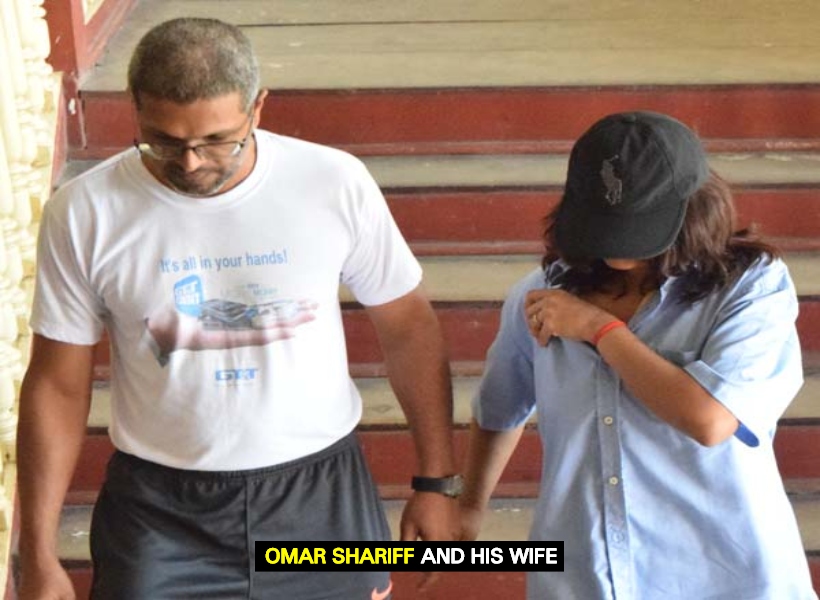 Even though he is before the court for a money laundering charge, former employee of the Office of the President, Omar Shariff will have the chance to travel to Trinidad and Tobago to pursue his legal studies.

His lawyer, Sanjeev Datadin, made the application for his passport today before Magistrate Fabayo Azore.

Special Prosecutor, Patrice Henry had no objections, stating that his only condition is for Shariff to lodge $1M as surety. The Magistrate also requested that once Shariff is in the country, he must lodge his passport at the court.

Shariff’s lawyer did not oppose these conditions.

Speaking with the Guyana Standard earlier today, Henry said, “When Shariff first appeared before the court, he was only required to lodge his passport. He and his wife were released on self-bail. They attended court on every occasion. We learned today that he received a letter that he is one of the persons who will be attending Hugh Wooding Law School so he needs his passport. I had no issue with that. He is trying to make something of himself. And I am sure that his studies will increase his appreciation of the letter of the law.”

On June 30, 2016, Shariff was sent on leave by Minister of State, Joseph Harmon, pending an investigation by the Special Organised Crime Unit (SOCU) of the Guyana Police Force.
Shariff was been part of an investigation where over $500M could not be accounted for in payment to the Public Service Ministry.

Investigators found several large sums passing through bank accounts and launched a separate probe.
The matter saw the Guyana Revenue Authority (GRA) becoming involved as Shariff and his legal team insisted that the monies were from sales of phone credits. It amounted to billions of dollars passing through his accounts. At worst, the issue was one where taxes were not fully paid and not one of money laundering, the PS had insisted.

Since being sent on leave last June, SOCU had been busy looking into the affairs of Shariff and his wife, Sabeita Hardeo.

In October, Chief Justice (acting), Yonette Cummings-Edwards, granted a production order, which compels individuals or organizations to produce information to help assist in an investigation.
The order was for both the former PS and his wife. The two apparently did not comply, despite being reminded and written to by SOCU to provide the requested information.

A charge – Failing to Comply with a Production Order – under the Anti-Money Laundering Act, was filed.

On January 23, last, Shariff and his wife appeared at the Georgetown Magistrates’ Courts where the charge was read. Both entered a not guilty plea and a trial subsequently ensued.

Shariff and his wife are expected to return on September 27 for the continuation of their case.