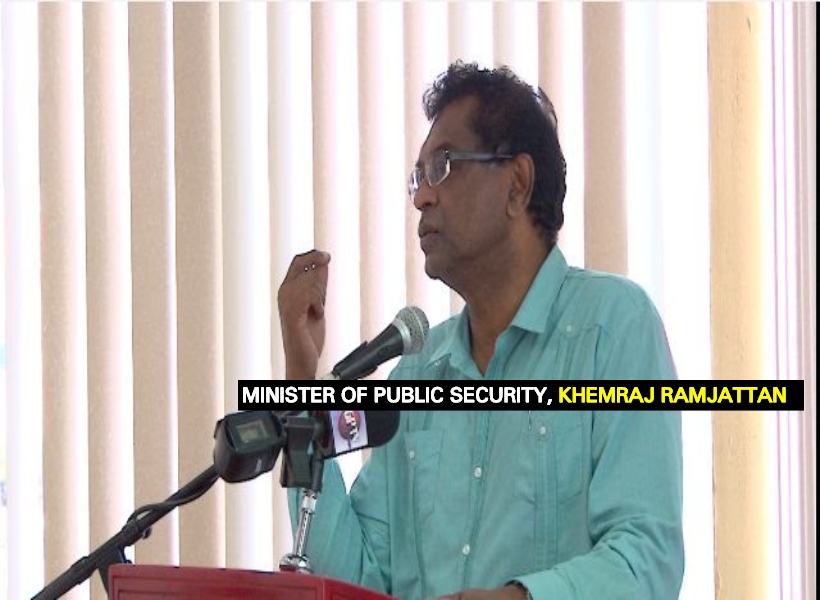 Minister of Public Security, Khemraj Ramjattan is calling on parents to pay keen attention to the activities of their children especially with the increased reports of the drug “Ecstasy” being used in public high schools.

The Minister made this announcement during his address to officers this morning at the opening of the 2018 annual staff training for Custom Anti-Narcotics Unit (CANU) agents.

“I am pleading with parents – be a little bit more vigilant with your children. Be aware of their activities and that will help prevent them from using ecstasy and all these things,” said the minister.

Deputy Head of CANU, Lesley Ramlall described the issue as a worrying one. “We are conscious of the increasing demand for ecstasy among our youth population including children at schools. This drug now seems to be the common narcotic that is readily available at many nightclubs and parties.”

He explained, “While most of our seizures would have indicated that cannabis and cocaine are the dominant narcotics seized, I urge you to take serious note of the synthetic drugs such as heroin, ecstasy and crystal methamphetamine, all of which were seized by the unit in 2018. This is certainly a new trend and a very worrying one for Guyana.”

It was highlighted that the Ministry of Education and CANU have been working together to address this issue.

According to the CANU official, ecstasy has been found in five high schools in Regions Three (West Demerara/Essequibo Islands) and Four (Demerara/Mahaica).

Ecstasy is a psychoactive drug primarily used for recreation purposes. The desired effects include altered sensations and increased energy, empathy, and pleasure.

CANU is working with the Ministry of Education to rein in the issue.