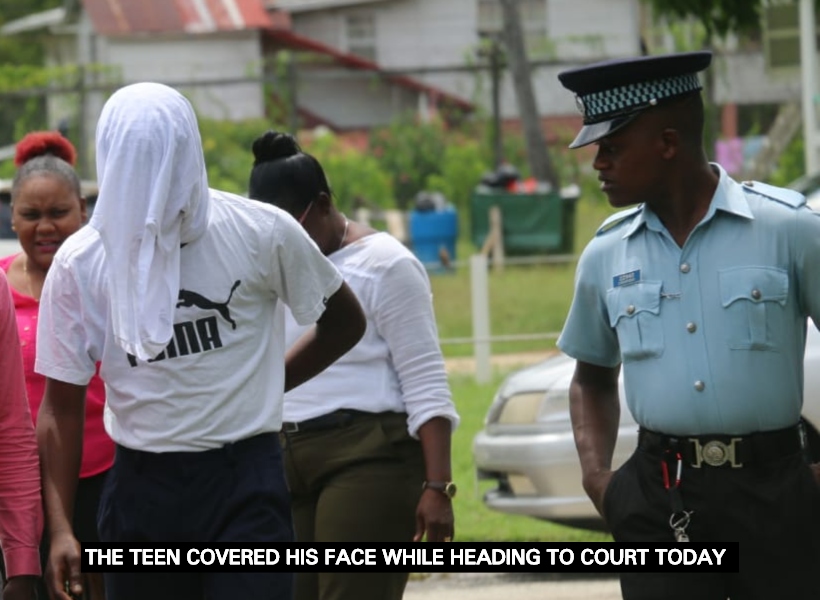 A teenager, 16, of Buxton, East Coast Demerara was this morning remanded to prison for the murder of a 72-year-old pensioner.

The teen appeared before Magistrate Peter Hugh at the Cove and John Magistrate’s Court where he was not required to plead to a charge for the capital offence.

It is alleged that on August 27, 2018 at Annandale South, East Coast Demerara, he murdered Krishnachand Dabee.

According to reports, the battered body of the pensioner was found lying at the bottom of a stairway of his two-storey wooden home.

It appeared as though the elderly man was the victim of a robbery since his home was ransacked.

Dabee sustained injuries to his head and there were bloodstains about his home. It is believed that he was battered with a bloodstained stone which was found a short distance from his body.

Relatives made the gruesome discovery after visiting Dabee, who had failed to turn up earlier in the day to visit his wife, 67-year old Bernice Dabee at Mercy Care Residence.

The teen is not due back in court until next month.

Based on information, the 16-year-old was among two youths police arrested earlier this week, in connection with the murder.

One of them was apprehended at his Georgetown school. Police said that one of the youths confessed to the crime and implicated the other.