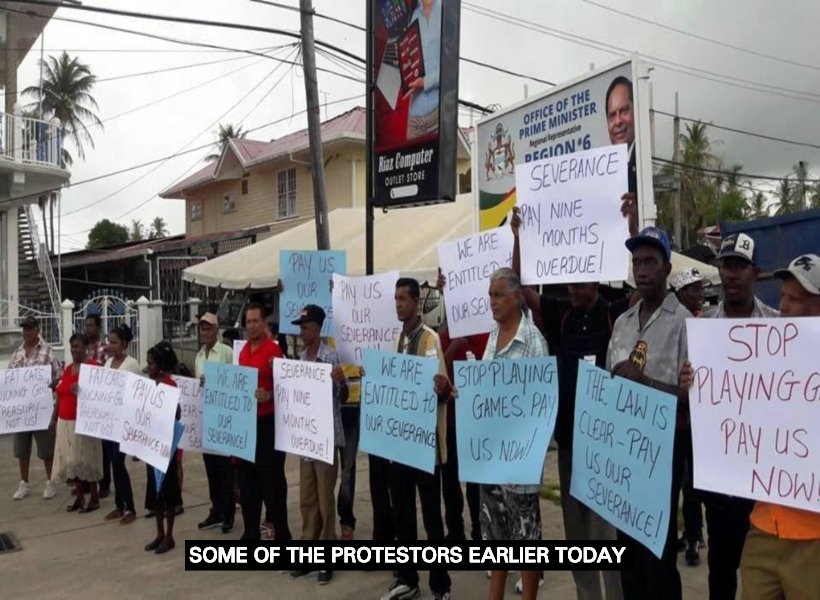 Some ex-workers from Skeldon and Rose Hall estates staged a picketing exercise outside of the Prime Minister’s Region Six Office at Port Mourant demanding that the Government settles the outstanding severance payments to them.

The workers who have been entitled to their payments since December 29, 2017, have only received half of their entitlements. The workers shared that, at this time, they desperately need their outstanding monies to allow them to defray some of life’s obligations. The first half, they have informed, has already been exhausted.

They pointed out that they were forced to rely on their severance payments to meet their obligations as they have not been able to secure steady, remunerative employment.

The workers said that the last nine months have been among the most difficult periods in their lives and they are of the firm view that the decisions to close estates were utterly and completely wrong.