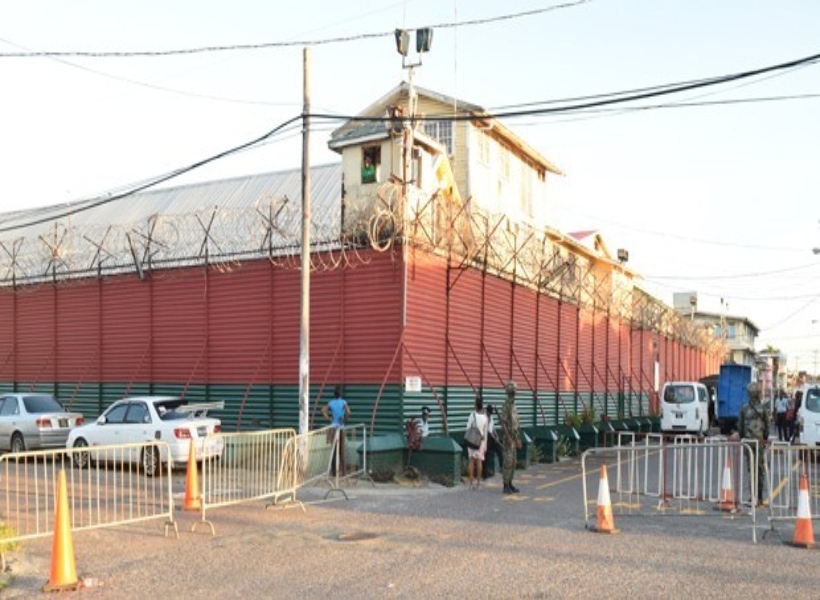 A delegation from the Private Sector Commission (PSC) met recently with Vice President and Minister of Public Security, Khemraj Ramjattan, to discuss a range of issues affecting the nation’s prison system.

Among the issues addressed were the lack of adequate transportation; the general conditions under which prisoners are being held, especially at the Lusignan Prison since the fire at the Georgetown Prison; and the lack of smoke detectors which would serve to provide early warning of any fires at the various prisons.

The PSC delegation, led by its Chairman Desmond Sears, commended the Public Security Ministry for recent improvements which have been made within the prison system with regard to the supply of water and the upgraded road leading to the Lusignan Prison. But the PSC registered its grave concern at the underfunding by central government for the police, prison and fire services.

On the issue of the lack of transportation, the Chairman of the Governance Sub-Committee of the PSC, Capt. Gerald Gouveia, indicated that since the fire at the Georgetown Prisons, there is no kitchen there and food has to be transported daily to Lusignan. “I am advised that quite often the food arrives hours late and in some cases is spoilt when it gets to Georgetown,” Gouveia said. He also drew attention to the lack of transportation at the New Amsterdam Prisons which affected the timely movement of prisoners to the court and for medical attention at the hospital.

That said, the PSC recommended that some of the buses currently at the Guyana Defence Force (GDF) Camp Ayanganna headquarters should be reassigned to the Guyana Prison Service to alleviate critical logistical problems.

Following the meeting, the Commission dispatched a letter to Minister Ramjattan documenting its concerns along with its recommendations.