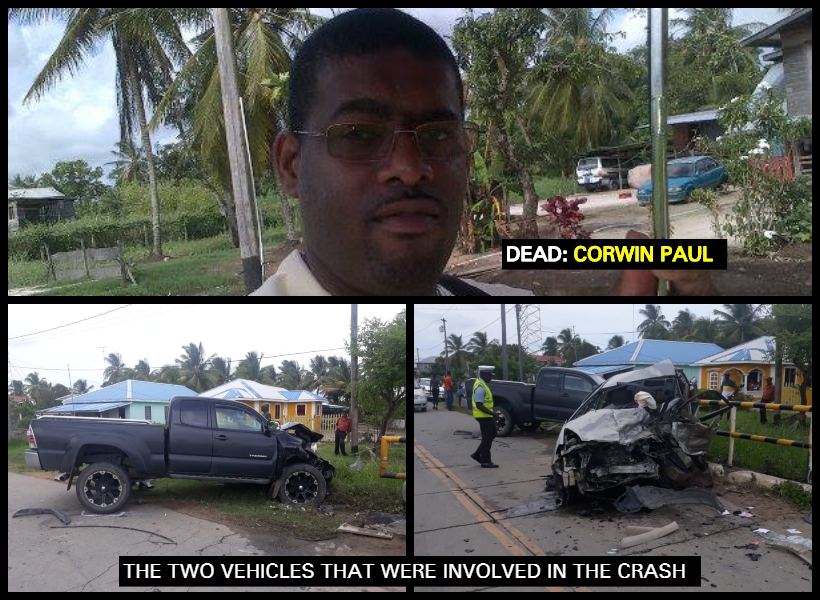 A six-month-old baby was among three persons who lost their lives in a gruesome accident around 14:35 hrs today on the Jib Public Road, Essequibo.

The accident happened between a Hilux pickup truck, GPP 5205 owned and driven by 80-year-old Adam Barakat and a Toyota Spacio, PSS 2174 driven by Corwin Paul.

Those who died in the accident have been identified as 38-year-old Paul of Lot 26-27 Windsor Castle, Essequibo; little Jason Joseph and 19-year-old Tristiana Joseph of Dredge Creek, Upper Pomeroon River. The deceased were all in one vehicle.

According to information received, Barakat—a businessman was proceeding east along the northern side of the Jib Public Road while the car—driven by Paul-was heading in the opposite direction. Both vehicles were travelling at a fast rate.

The Guyana Standard has been told that as both vehicles were approaching a bridge which separates the Jib and Paradise Public Road, Paul allegedly lost control of his car and collided with the pickup truck.

Both drivers and occupants received injures as a result of the crash and were rushed to the Suddie Public Hospital where Paul, Joseph and the six-month-old baby succumbed.

The 80-year-old driver, who operates a business in Essequibo, is said to be in a stable condition at the hospital.