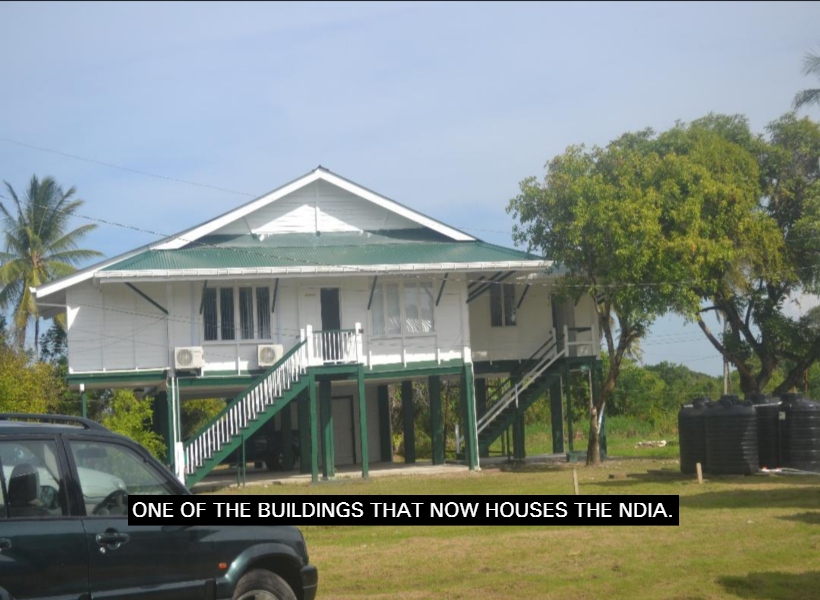 As part of its effort to create greater synergies among agriculture agencies, the Ministry of Agriculture has been moving to group its agencies. In this regard the Ministry recently spent in excess of $100 million to move the central operations of the National Drainage and Irrigation Authority (NDIA) to the Guyana Sugar Corporation’s (GuySuCo)  La Bonne Intention (LBI) compound.

The commissioning of the new NDIA central office is the first of several other movement of agencies/departments of the Ministry of Agriculture to be moved from their present location to the LBI compound. To follow shortly, will be the Guyana Rice Development Board (GRDB) and the New Guyana Marketing Corporation (GMC). The LBI compound will also house the National Soil and Tissue Analytical Laboratories which will be made available to both GuySuCo, farmers and Ministries of Public Infrastructure and Natural Resources respectively.  The Milk processing plant and the Ministry of Education’s Caribbean Development funded hospitality Institute will also be housed in the same compound.

According to Minister Holder, the move to transition to another location was to facilitate the growing staff who were all ‘crammed’ into a small office space. He added that apart from providing the better working environment, the movement will also cater for greater coordination among the agencies so as to better serve the public.

The facilities, the Minister also reminded will be closer to the other agricultural offices located at Mon Repos, namely the Guyana School of Agriculture and the Pesticide and Toxic Chemicals Control Board (PTCCB), among others.  Prior to the transition, the compound was home to the agriculture research laboratory, head office, Information System and Materials Management department respectively and training facilities managed by GuySuCo.

While offering brief remarks, Chief Executive Officer of NDIA, Mr. Fredrick Flatts said that a total of $107.3M was spent on works to ensure the buildings were up to standard.

“Four buildings were refurbished and one generator room was constructed. We had five different contractors working on the project to ensure it was done to our specifications. The staff have all expressed satisfaction with the works and the move, and we foresee NDIA being here for decades.” Mr. Flatts said.

Meanwhile, recently appointed CEO of GuySuCo, Dr. Harold David Jr. who is also the chairman of the NDIA Board of Directors welcomed the move by the authority, adding that GuySuCo has a range of facilities that will be beneficial to NDIA.