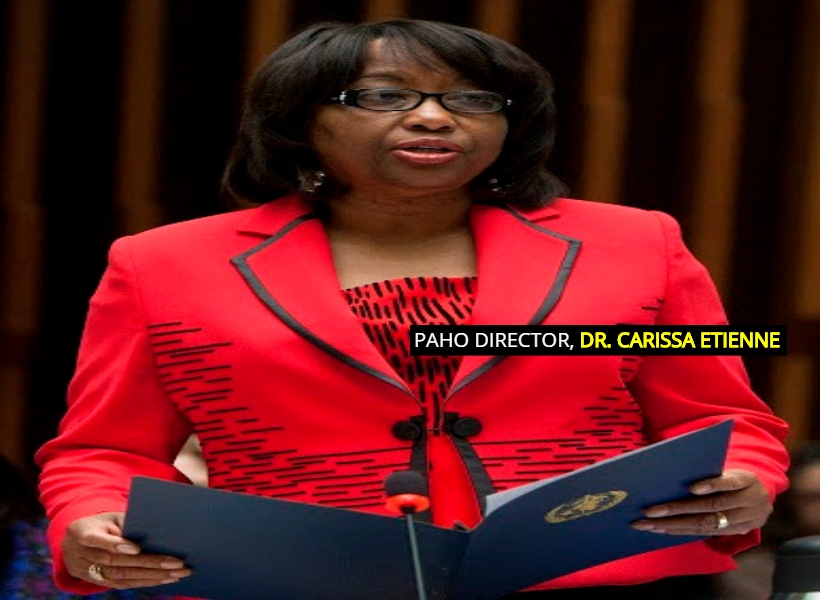 Cancer is the second leading cause of death in the Americas. In 11 countries, cervical cancer is the leading cause of cancer deaths among women and in 12 countries it ranks second. Every year, an estimated 83,200 women are diagnosed and 35,680 women die from this disease in the Region of whom 52 percent are below the age 60.

This is according to information released by the Pan American Health Organisation [PAHO]. Given this existing state of affairs, Ministers of Health of the Region of the Americas, including Guyana, have agreed to implement a series of strategic actions to reduce new cases of cervical cancer and the resulting deaths by one third by 2030.

Thirty-five countries and territories of the Western Hemisphere yesterday adopted the Plan of Action for Cervical Cancer Prevention and Control 2018-2030, in the 56 th  Directing Council of PAHO which culminates today in Washington, D.C.

“No woman should die from cervical cancer, which can be prevented, detected at early stage, and treated effectively,” said PAHO’s Director, Carissa F. Etienne. “Reducing the burden of cervical cancer is possible and the plan approved is an expression of the countries’ pledge to accomplish this,” she added.

By adopting the action plan, the countries have agreed to improve the effectiveness and organization of cervical cancer programs and information and record-keeping systems, and to strengthen primary prevention with the HPV vaccine and information/education campaigns. They have also committed to implementing innovative strategies to improve cervical cancer screening and the treatment of precancerous lesions. Efforts will also be made to improve access to services for cancer diagnosis, treatment, rehabilitation, and palliative care. Inequitable access to prevention, diagnosis, and treatment is a major challenge. Cervical cancer affects more indigenous women, people of African descent, and people living in less developed areas, as well those with lower socioeconomic, educational, and income levels.

“Only with community participation and the implementation of large-scale HPV vaccination programmes, in addition to cervical cancer screening services that are accessible to all women everywhere, can we accelerate the achievements, prevent new cases, and save lives,” said Anselm Hennis, Director of the Department of Non-communicable Diseases and Mental Health at PAHO/WHO.

The HPV vaccine was first introduced in the Region in 2006. Approximately 31 countries, including Guyana, and territories in the Americas, include this vaccine in their national immunization programmes. However, vaccine coverage with the required two doses varies considerably from country to country and is generally lower than the ideal coverage needed for maximum effectiveness.