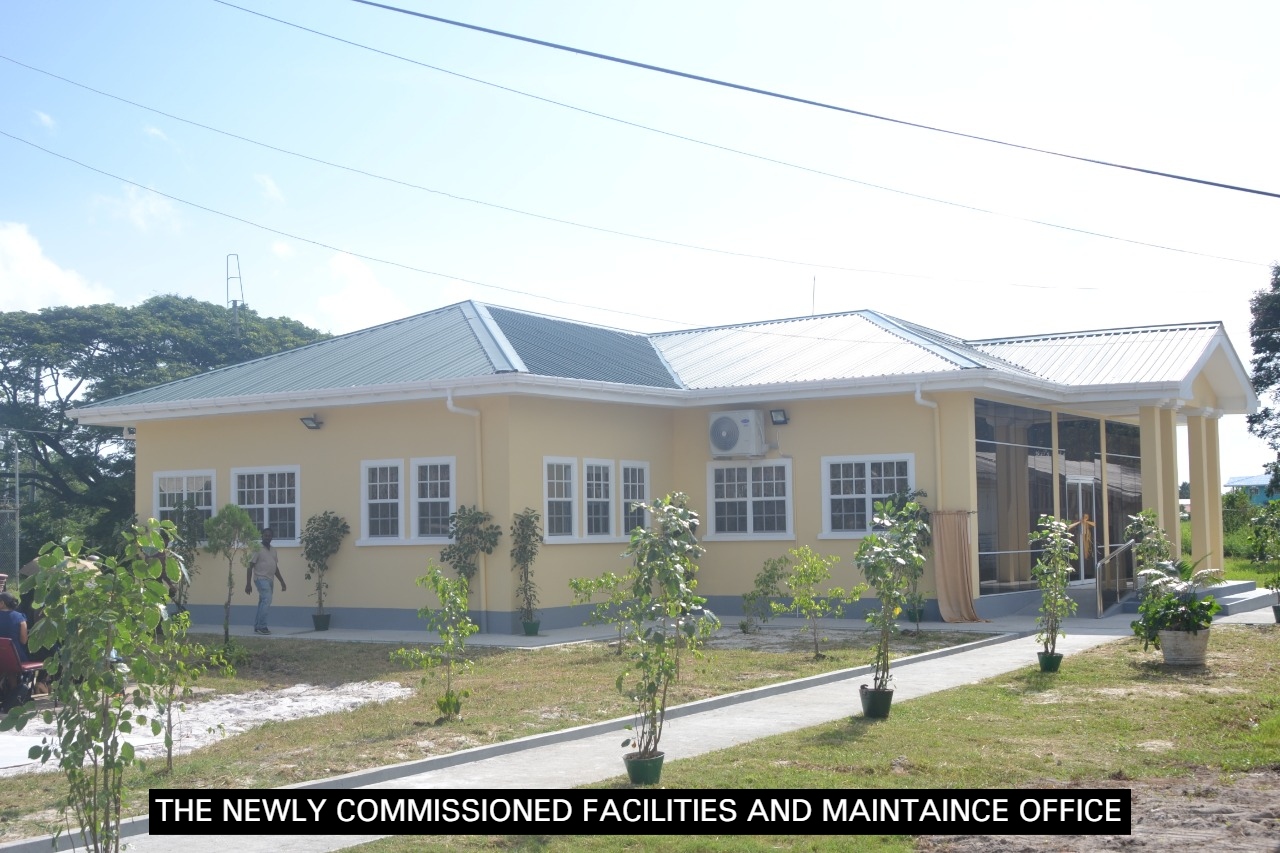 At a cost of $26M, the University of Guyana [UG] today commissioned a new office building for its Facilities and Maintenance Division. The construction of the building was financed by the Ministry of Education.

Speaking at the commissioning ceremony, Minister of Education, Nicolette Henry, underscored that re-building Guyana’s education facilities and infrastructure is a priority for the Government of Guyana. A move in this direction, she asserted, is supported with tangible increased finance to achieve this essential goal.

As part of the learning experience, the Education Minister said that it is imperative to provide safe, structurally sound, modern facilities for staff and students to reach their full potential.

She added that maintenance has long been flagged as a sore point in the country’s development. However, with this new building, Minister Henry expressed her strong belief that the quality of service provided by the University to its students and staff will improve to make the working and studying environment more comfortable and accommodating.

Minister Henry said that the University’s administration must be commended for their continuous upgrade initiatives, evident with the completion of this building. According to Henry too, the new building is one of many enhancement projects at the Turkeyen campus that the Ministry of Education and other stakeholders have embarked upon to achieve the mandate of “Quality Education for All”.

Vice-Chancellor of the University, Professor Ivelaw Griffith during his remarks said that when he had joined UG in 2016, it didn’t take long to realise that it was not fair for maintenance staff to ensure the working conditions of students and other staff were taken care while theirs was left wanting.

As such, he said that the decision was made along with former Head of the Maintenance Division, Mr. Danny Kudoo, to have a new building for the maintenance staff. The Vice-Chancellor said that today’s commissioning is another milestone in the renaissance journey as the university’s administration seeks to boost its capital.