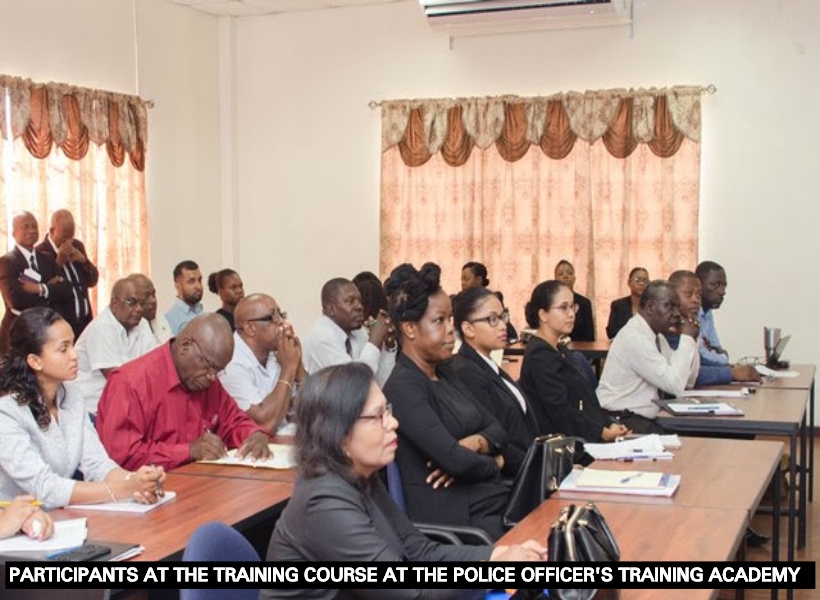 Prosecutors from the Office of the Director of Public Prosecution (DPP), and Investigators from the Special Organised Crime Unit (SOCU), the Financial Intelligence Unit (FIU) and the State Assets Recovery Agency (SARA) commenced training on assets recovery and anti-money laundering this morning at the Police Officer’s Training Academy.

The course is being run by “experts” attached to SARA and focuses on evidence gathering, successful prosecutions and the confiscation of cash from criminal elements.

British High Commissioner to Guyana, Gregory Quinn said that the overarching objective of the training is to ensure that those involved in organized crime are prosecuted to the full extent of the law.

“Criminals have to know that there can be no impunity for such crime. It is also relevant to know that cracking down on money laundering doesn’t just mean a successful prosecution that puts people in jail. It also involves hitting criminals where it hurts them most; in their pockets.”

According to the British High Commissioner, money laundering supports a variety of criminal activities, including drug running, corruption, extortion and terrorism. He said it is imperative that the State prosecutes all money laundering cases uncovered.

Advisor to the Special Organized Crime Unit (SOCU), Dr. Sam Sittlington said justice is often delayed because of the lack of due process.

“We see a lot of cases going to court and failing in court. We see failings within the files that go to the DPP. We don’t want files to come back to us for amendments or corrections. We want one file going one time to the DPP or the police legal adviser and that file being referred for charges.”

The British High Commissioner said the United Kingdom remains committed to supporting Guyana in all areas relating to the security sector reform.