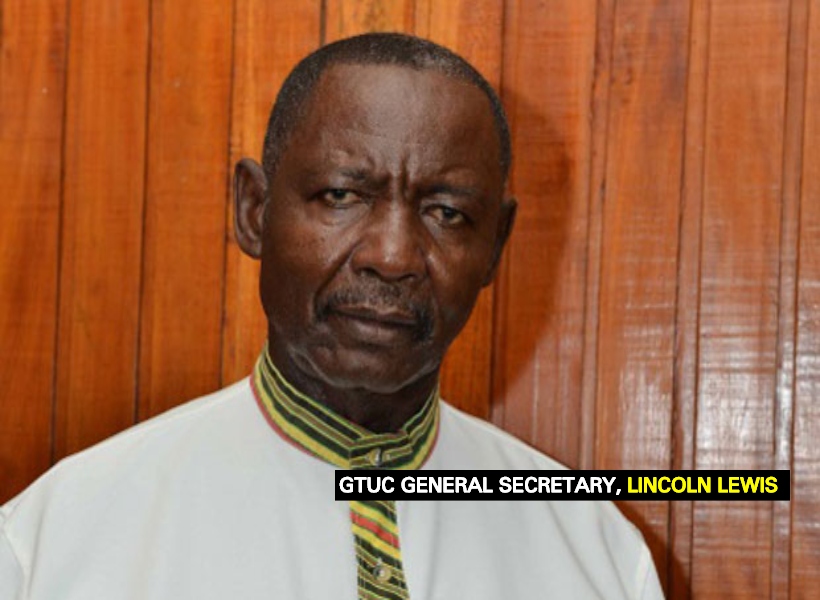 As the APNU+AFC government continues to face some harsh criticism for its failure to swiftly bring to an end the wages and salaries dispute with the Guyana Teachers Union [GTU], it is being accused of violating, among other things, the fundamental rights of teachers.

This was underscored by veteran Trade Unionist, Mr. Lincoln Lewis, who, through the Guyana Trade Union Congress [GTUC], has thrown his support behind the GTU to retaliate government’s unilateral decision to appoint an arbitrator to head wages and salaries negotiations for public school teachers.

Ensuring that the rights and freedom of the working class is not violated is enshrined in the Freedom of Association and Protection of the Right to Organise Convention [also known as Convention 87] of the International Labour Organisation [ILO] to which Guyana is a signatory. The ILO Convention is one of eight Conventions that form the core of international labour law. As he made reference to Convention 87, Lewis said, “It speaks to the right of each individual to identify or elect his representative and for each party to respect that right.”

Moreover, for the Labour Department of the Social Protection Ministry to impose a chairman in a case where the GTU subjected itself to ‘voluntary arbitration’ “smacks at all level of democratic processes,” said Lewis, the GTUC General Secretary.

He added, “I have gone to arbitration five times and every time the Ministry nominates…and the parties of interest will look at those names and they decide between themselves which one to accept.”

In essence, Lewis said that the Ministers of Social Protection have failed the nation’s teachers and have violated their fundamental rights. “We have a serious problem where for some reason people feel that they can violate the law with impunity. It is for that reason that the TUC from the first day when the struggle started has made its position very clear that we will support the Guyana Teachers Union to the max,” said Lewis. He assured that GTUC will to continue to work closely with the GTU to ensure that its struggle is not in vain.