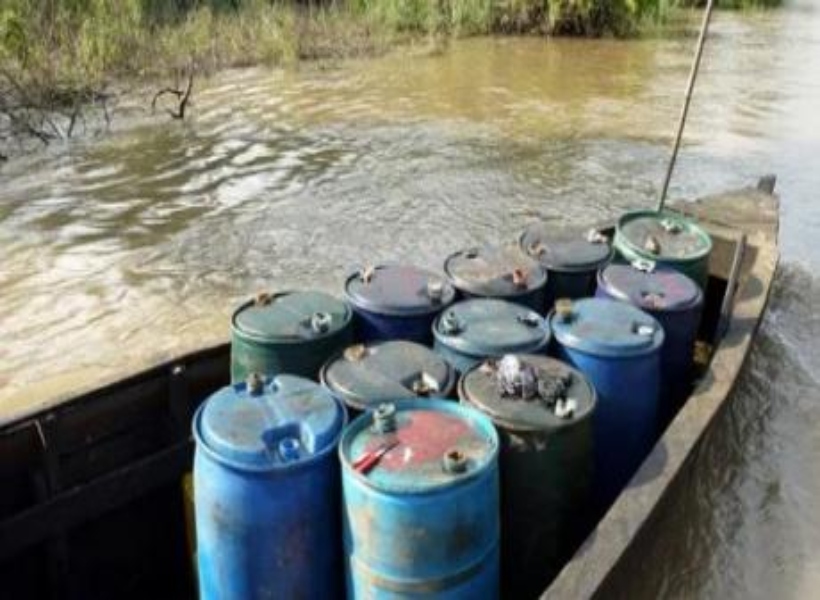 More than 80,000 litres of diesel have been seized by the Guyana Revenue Authority (GRA) as it continues the fight against fuel smuggling.

In a missive to the media, the authority noted that its officers from the Law Enforcement and Investigation Division (LEID) intercepted the unmarked fuel being transported via a fishing boat. named “Plumrose.”

GRA was able to ascertain that while the fuel was listed in documents to be used for fishing purposes, it was going to be sold to other operators for fuel transport.

The Captain and crew are currently assisting the GRA with the ongoing investigations, and charges are expected to be laid shortly. Representatives of the Guyana Energy Agency (GEA) were contacted by GRA and the two agencies are working in collaboration on the investigation.

The GRA said it has seen a rise in fuel smuggling over the past few weeks, and that the interception of additional vessels will lead to a substantial amount of revenue being recovered.

In its statement, the agency said it has taken a relentless approach against smuggling and will be working in close collaboration with its sister agencies to minimize these activities. The Authority also sought to advise persons to desist smuggling activities. Failing this will see fines, the relevant charges being instituted in a court of law.