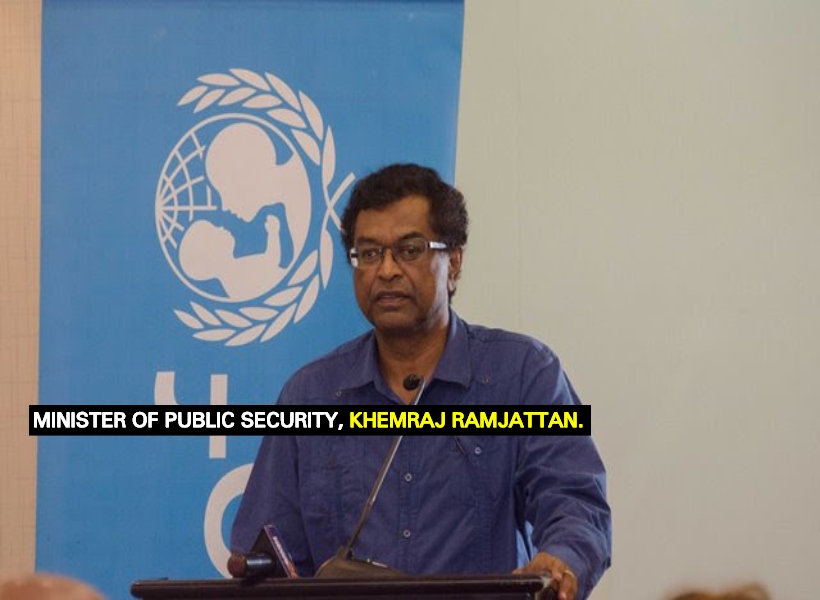 The Juvenile Justice Act 2018 will transform the delivery of juvenile justice and minimize the criminalization of youths. This is according to Minister of Public Security, Khemraj Ramjattan.

At a recently held media sensitization workshop at the Marriott Hotel, Ramjattan said that the commencement order for the Juvenile Justice Act is before the Attorney General Chambers. He also said that there are moves apace to construct special magistrates’ courts and other appropriate infrastructure, hire and train specialist staff and make other preparations for the operationalization of the Juvenile Justice System.

“All of these things are so important to ensure the actual realization of this juvenile justice regime which we believe will transform the shape of our children’s justice here in Guyana. I need not remind you that indeed, this Act incorporates the international guidelines from Riyadh and Beijing. Those were two places that they had two major conferences and a lot of recommendations came out that modernized juvenile justice,” Minister Ramjattan explained.

Meanwhile, Chief Magistrate Ann McLennan said that in its current form, the Act reflects international justice standards in keeping with the Beijing rules, the Riyad Guidelines and the United Nations Convention on the Rights of the Child. When commenced, the Chief Magistrate said that the Juvenile Justice Act will remove offences such as wandering and truancy from the laws of Guyana.

The Juvenile Justice Bill was passed in April 2018. It seeks to address infractions of the law involving juveniles from a standpoint of reformation and diversion.