Home News Three new passport offices to be up and running by the end... 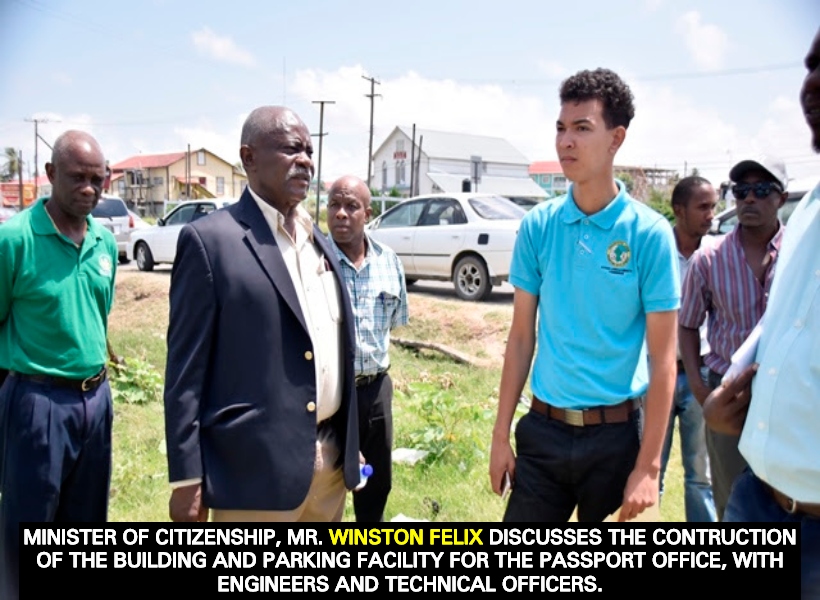 Minister of Citizenship, Winston Felix today disclosed that his Department is working to establish passport offices in the Pomeroon-Supenaam (Region Two), Cuyuni-Mazaruni (Region Seven) and Upper Takutu-Upper Essequibo ( Region Nine) Regions by the end of 2019. This is in keeping with the Administration’s vision of decentralizing vital public services in capital towns.

The Minister, today, visited the Essequibo Coast to get a first-hand look at the plot of land that has been identified by the Guyana Lands and Surveys Commission (GLSC) in the town of Anna Regina where the Region’s passport office will be located.

“Last year, at an outreach conducted by the Minister of State the issue of passports and the challenge to travel to Georgetown was raised by many residents and I made a commitment that all efforts will be made to remedy this situation in keeping with President’s wish to have Government services easily accessible in Capital towns,” said Minister Felix.

The identified plot is centrally located; with the Anna Regina Police Station, the GLSC Office and the Guyana Revenue Authority (GRA) Office within proximity.

Meanwhile, the new passport offices at Linden and New Amsterdam are serving residents well and have significantly reduced the hassle and crowds at the Georgetown office. The Minister recalled that only a few years ago, the lines at the central location would extend all the way to Barrack Street, Kingston.

He said that upon entering Office, President David Granger created the Department of Citizenship and directed that one of its first tasks must be to eliminate this unnecessary everyday struggle.