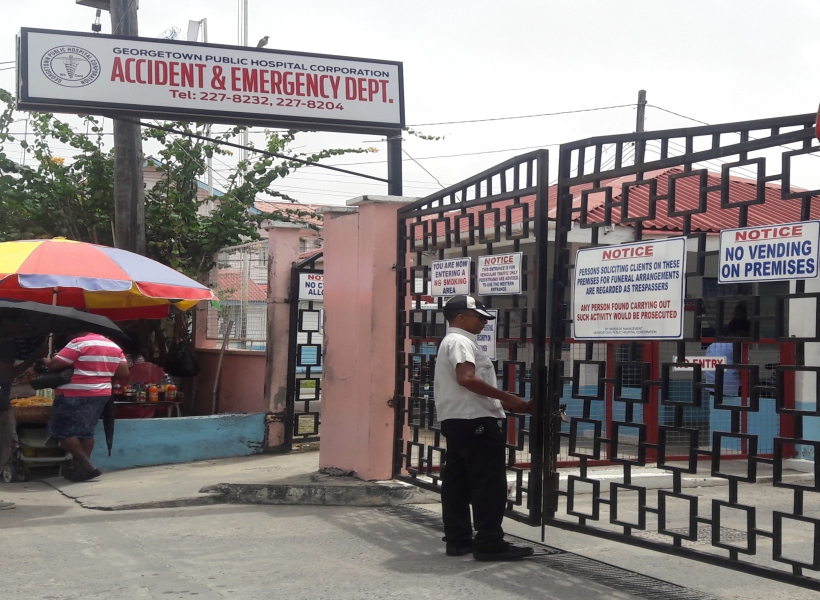 Another patient’s life was saved when the emergency medical response of three departments of the Georgetown Public Hospital Corporation was engaged.

The patient at the centre of the response is a 64-year-old man of Hadfield, Georgetown. Reports coming from the hospital suggest that the man was home alone when he suffered what was later diagnosed a massive heart attack.

Guyana Standard was informed that while the man was stabilised by Emergency Medical Technicians [EMTs] who responded through the Emergency Medical Services [EMS] programme, by the time he arrived at the Accident and Emergency unit of the hospital his heart had stopped beating.

In fact according to reports the man’s heart stopped on three occasions but he was resuscitated on each occasion. He was placed on a life support machine.

Doctors in the Accident and Emergency unit had by then informed their colleagues in the Cardiac Intensive Care Unit of the hospital who hurriedly transferred the man there where an angiogram was conducted. An angiogram is an x-ray photograph of blood or lymph vessels made by angiography.

Based on hospital reports, cardiac doctors were able to observe a 100 percent blockage of the man’s left anterior descending artery. The left anterior descending artery is a key artery, which once blocked completely, is known to cause one of the deadliest forms of heart attack. In fact this form of heart attack has been nick-named the widow maker, by medical experts.

However, with the reported efficiency of the medical staff, the man was provided the necessary treatment which included the insertion of a stent. A stent is a tiny tube that is inserted into a blocked passageway to keep it open. The stent is required to restore the flow of blood.

The man whose blood pressure and vital signs started to improve soon after the procedure was conducted was by the next day moving around on his own and expressing gratitude to the medical experts who helped to save his life.

Given the fact that a patient’s life was saved because of the efficient emergency response, persons within the confines of Georgetown are encouraged to take advantage of the EMS programme which can be easily accessed by dialing 912.