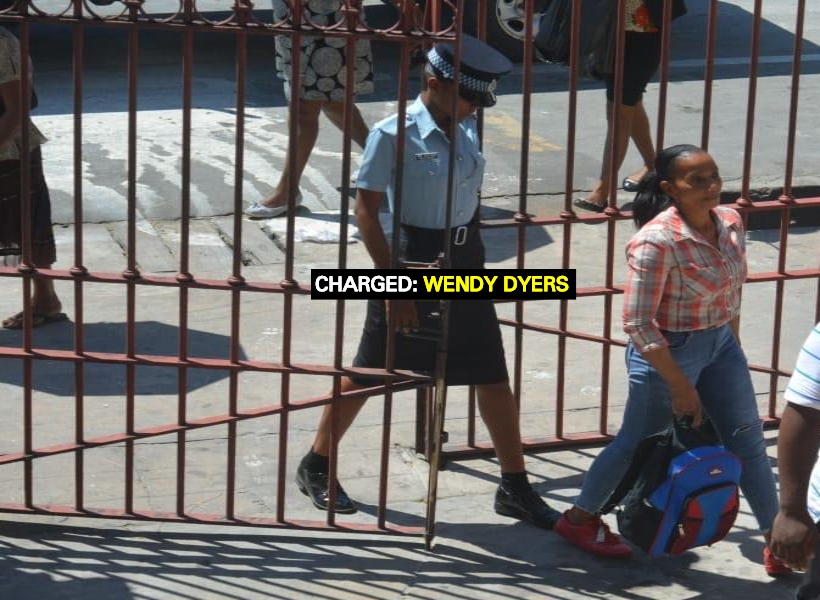 A woman, who the court heard begged police officers for a second chance after being busted with a quantity of marijuana and cocaine hidden in a basket in her room, has been charged.

The woman, Wendy Dyers, 52 , of Lot 82 First Avenue Bartica, made an appearance before Chief Magistrate Ann McLennan in the Georgetown Magistrates’ Courts.

The first allegation stated that Dyers on October 5,2018 at Lot 82 First Avenue Bartica had 16.1 grams of marijuana in her possession for the purpose of trafficking.

It is further alleged that on the same day and at the same location she had 25.1 grams of cocaine for the purpose of trafficking.

The woman pleaded not guilty to both charges after they were read to her by the Magistrate.

Her attorney, Latchmie Rahamat in a successful bail application for her client, told the court that the room which the alleged drugs were found is not occupied by her client.

The lawyer further went on to tell the court that the room belongs to one Toney Pollydore who was recently busted by the police with a quantity of narcotics while he was going through an interior trail.

However, Police Prosecutor Warren Thornhill objected to bail being granted to the defendant citing the prevalence of the offence and the penalty the charges attracts.

The Prosecutor added that the drugs were found in the defendant’s room hidden in a basket among her personal items.

He went on to tell the court that when the woman was cautioned by the police she admitted ownership of the drugs and begged the officers for a second chance.

Magistrate McLennan, however, overruled the prosecutor’s objection and releaseed the woman on $87,000 bail.

She was instructed to make her next court appearance on October 24, 2018 when she will appear in the Bartica Magistrates Courts.